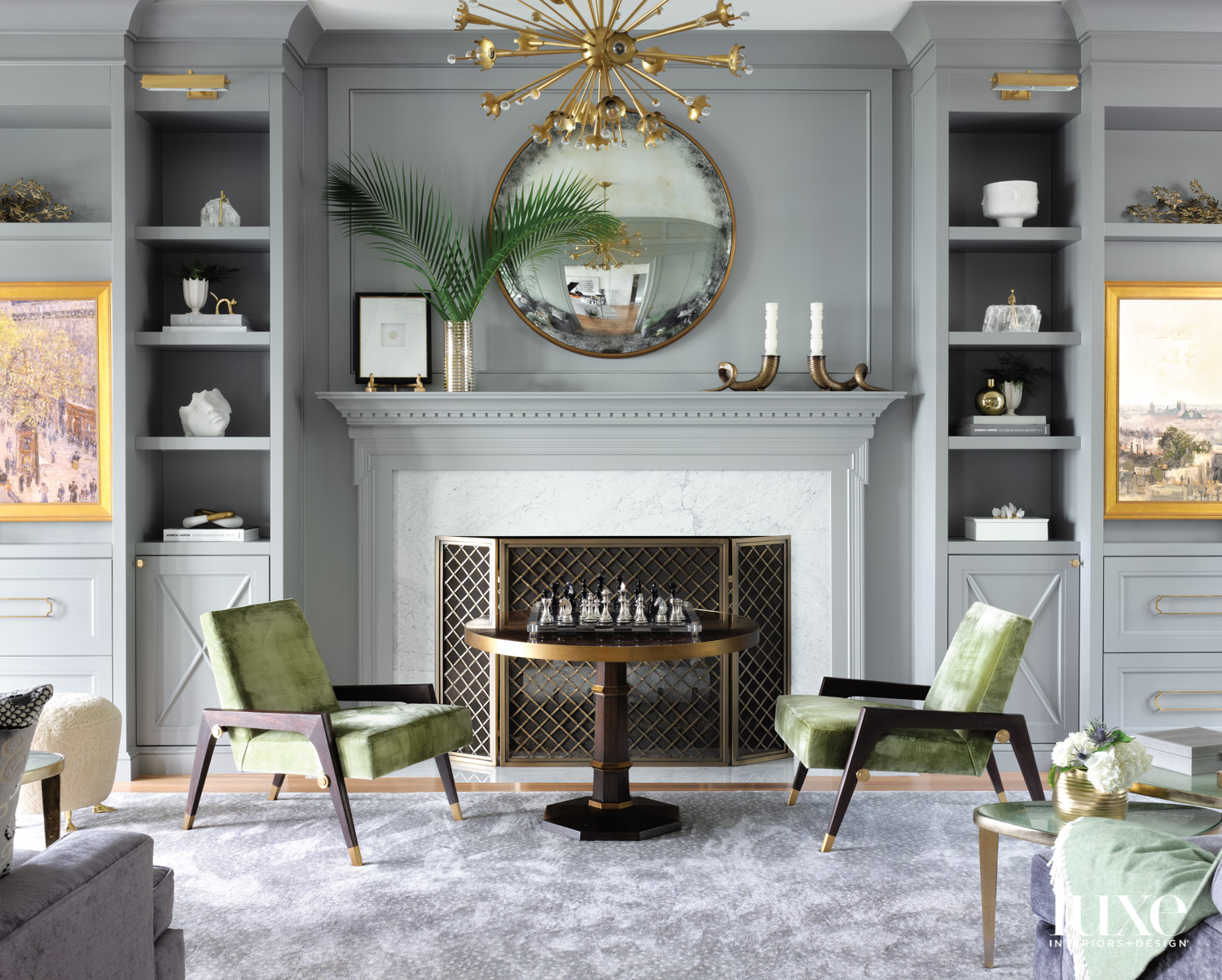 The post Tour A Renovated Fort Myers Home Inspired By Its Carnegie Past appeared first on Luxe Interiors + Design.

A century ago, Elizabeth Lauder Kellum, niece of industrialist and philanthropist Andrew Carnegie, and her fishing-guide husband, Med Kellum, built a magnificent estate off McGregor Boulevard in Fort Myers. Set on 457 acres along what’s now known as Whiskey Creek, the property comprised a handsome mansion, a boathouse, a staff home, stables and more—everything a 1920s high-society couple would need to winter in Southwest Florida. America was in the early days of Prohibition, but that hardly mattered: The Kellums distilled whiskey in a log cabin on the property and transported some of it off the estate by boat, thus giving the creek its name. Their few years at Wyomee Hatchee Farms—a name derived from the native Seminoles’ words for “whiskey” and “river”—were marked, too, by visits from such innovators as Thomas Edison (who, rumor has it, had a hand in designing the home) and Henry Ford.

Over the next decades, the estate was divvied up into smaller parcels and sold, but the main residence remained, almost just as it was built, until its current owners set foot on the property. “It was on and off the market multiple times, and for about four years, we made offers on it,” the wife recalls. “My biggest concern was that someone would buy it and just tear it down.” But the couple prevailed and undertook the work of restoring the house to its former aesthetic glory while updating it for life in the 21st century.

Interior designer Renée Gaddis led the effort—and she had a lot of beautiful elements to work with: original windows and heart-of-pine floors, detailed molding and millwork, Shaker-style doors with brass hardware, and push-button electrical switches with pearl inlays. From the beginning, Gaddis knew how her plans would play out. “I think a lot of people couldn’t see through the home’s age and wear; it might have looked daunting and overwhelming,” she says. “But the house itself inspired me. It led me to the design very easily, and I saw clearly what we had to do, which was take the house back to its original grandeur.”

Gaddis began by preserving the structure’s layout, with help from general contractor Joe Gatewood. “The home was an absolute time capsule when we first saw it,” he recalls. They removed a living area fireplace that blocked views of the water from the main entrance; its second- story counterpart came out, too, leaving additional space for the main bathroom (and even with these changes, the house still retains six original fireplaces). Gaddis had the floors refinished and integrated the century-old molding into new baseboards. Rusted-out door hardware was replaced with replicas—“The mechanisms were so bad, we kept getting locked in rooms,” the designer says. And the old windows and exterior doors— which, Gatewood points out, endured a century of storms—had to go too in favor of hurricane- code-compliant versions.

As the design came together, the house had some secrets to reveal. The team found an old potbelly stove Gaddis transformed into a wood-burning pizza oven, a decision that led her to reimagine the kitchen as a 1920s French bistro with open glass shelves and brass fixtures. More demo uncovered a safe hidden in a wall in the owners’ bedroom. Sadly, it didn’t contain any Carnegie cash.

But the home does contain more than a modicum of priceless history, which is now preserved for a long time to come. “We all felt like this was the project of a lifetime,” Gatewood says. The new owners agree. “This isn’t just a home for our family,” the wife says. “It’s a piece of Fort Myers history that will outlast us all.”

The post Tour A Renovated Fort Myers Home Inspired By Its Carnegie Past appeared first on Luxe Interiors + Design.