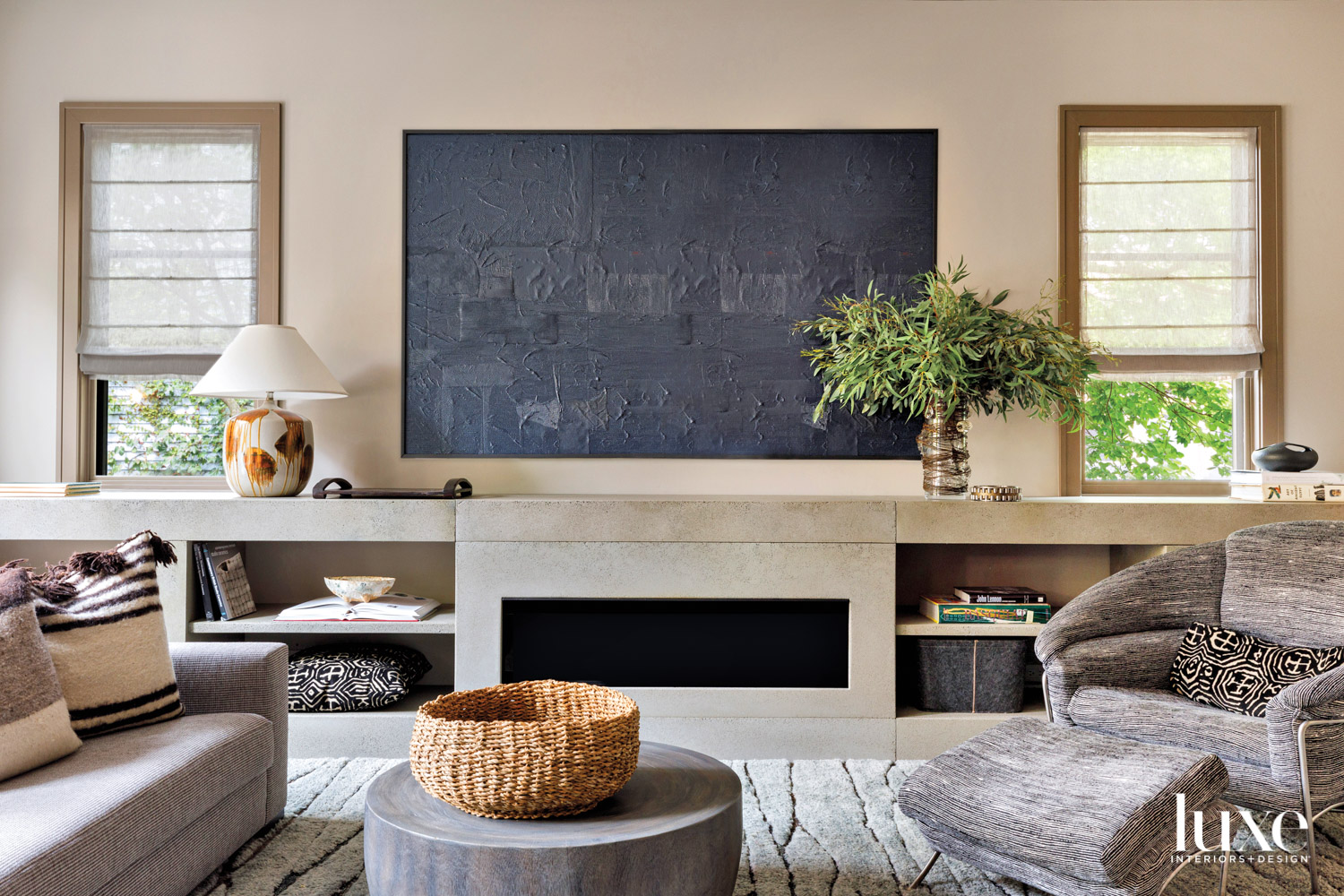 The post From Spec To Spectacular: Inside A Chicago Home Made For Family appeared first on Luxe Interiors + Design.

<![CDATA[ <p class="p1"]]&gt;Before we bought the house, my mom was like, ‘You have to paint the whole thing,’” says designer Michael Del Piero’s daughter about the Chicago home that she and her husband purchased in 2019. The Lakeview house was lovely and well built, but what Del Piero’s designer’s eye couldn’t get beyond were the white walls, white trim, white cabinets and white built-ins. “She would have rather we bought an old house or built one from the ground up, but once we agreed to paint everything, we were in business,” the daughter explains.</p>

The familial relationship provided a major advantage from the get-go, thanks to the couple’s intimate knowledge—and long-held admiration—of Del Piero’s design prowess. “We’ve spent enough time in Michael Del Piero creations in Chicago and the Hamptons to know that we like what she does,” says her son-in-law. “She treated us like real clients. Each proposal became more and more tailored to us.”

Del Piero went beyond simply painting the interiors. That was just one part of the personalization campaign she undertook for the couple. “There was certainly less to do than ground-up construction,” Del Piero says; however she admits that the work was still extensive. “It needed more character. We ripped out some built-ins in the family room and replaced them with the concrete fireplace,” she explains. “We completely changed the fireplace in the living room.” In the kitchen, she used the existing cabinets and millwork, but the room had to be pulled apart, repainted and put back together.

Once all the painting and structural changes were complete, it was time for furnishings and art. “We began from scratch,” the daughter notes, “which was really nice because we could make them work perfectly with the house.” The living room started with a large painting by William McLure, an artist whom Del Piero exhibits in her Hamptons gallery, and whom her daughter follows on Instagram. “My daughter was like, ‘Mom, you sell his work?’ ” Del Piero says, laughing at the coincidence. “She saw that painting and we built the living room around it. She’s really got a great eye for art.” In addition to taking the lead on finding most of the art for the home, Del Piero’s daughter also joined her mom to shop for accessories and vintage pieces. “They were fun mother-daughter excursions,” says the designer.

In the dining area just off the kitchen, Del Piero’s daughter helped with another find: the vintage table that looks custom made for the space. “I used to work in personal shopping at Barneys and they called me because this table was broken and they were throwing it away,” she says. “But they knew my mom’s line of business and thought she might want it.” The broken table leg was an easy fix, and then Del Piero turned to local restoration company Kristopher’s Furniture Services, who matched the original wood exactly to give it a more dining-friendly width. Above the table hangs a custom light fixture by found-metal artist Lucy Slivinski. The couple knew Slivinski’s work from other Del Piero projects that feature her showstopping chandeliers. “It’s really special. Lucy made it just for them and it makes the space,” says the designer.

While the majority of the furnishings were new to the couple, Del Piero didn’t forget that this project was all about family. She incorporated two of her son-in-law’s heirlooms—an armoire in the nursery that’s now painted a glossy blue and a chandelier in the main suite’s bathroom—into the decor. It didn’t hurt that her son-in-law has a natural eye for design. “He is incredibly interested in all of it,” Del Piero says. “We have an ongoing family joke that he’s really a designer. He’s going to leave his law practice and come work with me.”

Though that’s not likely to happen any time soon, the couple have only happy memories of the process. They were so delighted with the result that when they learned they were expecting a second child, they called Del Piero to help them finish a playroom and nursery, just in time to welcome her new grandson.

The post From Spec To Spectacular: Inside A Chicago Home Made For Family appeared first on Luxe Interiors + Design.