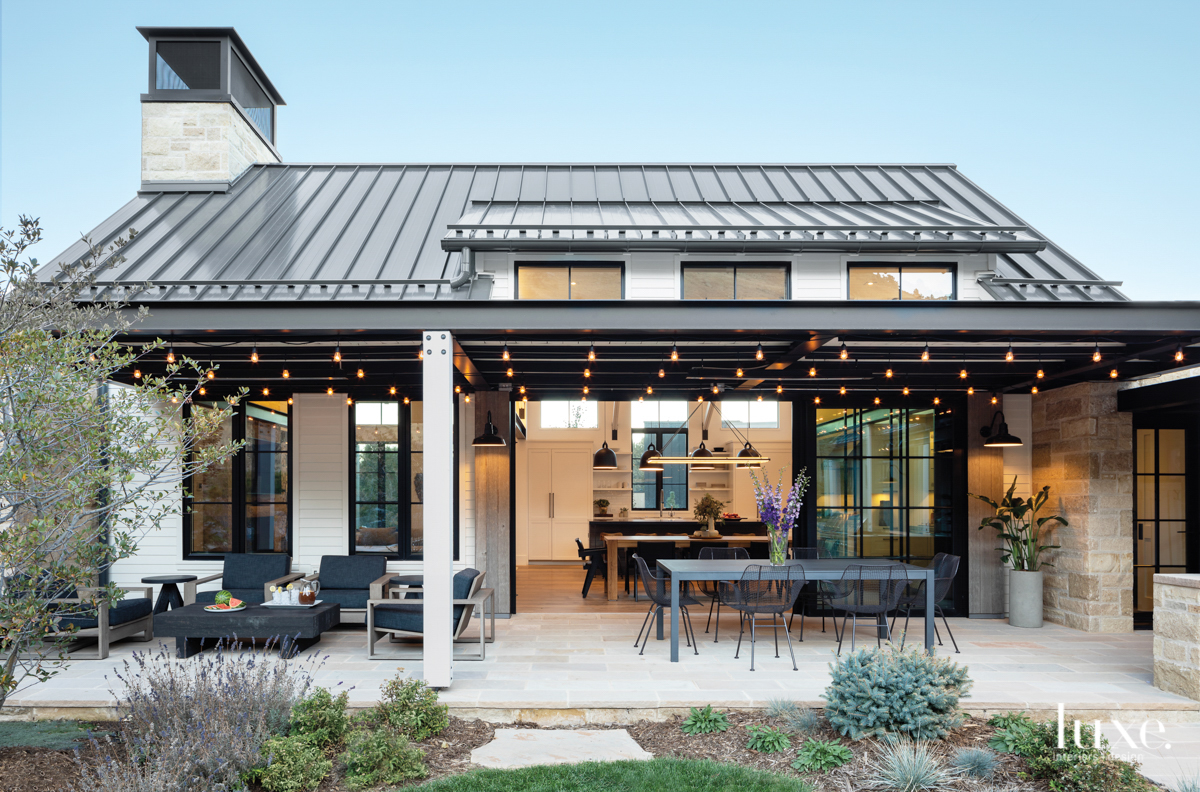 When a Chicago couple with three children decided they wanted a lifestyle change, it set them on an adventure that landed them more than 1,000 miles away in the house of their dreams. “We realized we could live anywhere, as long as it was near an airport,” remembers the husband. “So, we started thinking about where that place would be.” Although they spent hours considering the ideal location, they kept coming back to Colorado, given the happy childhood memories the husband had of camping and skiing with his family in Steamboat Springs. As they researched the perfect town, all signs seemed to point to Boulder, Colorado. “It has everything we want—including access to nature and better weather,” the husband notes.

With their location determined, they set out to build their dream house. “We found a lot in an awesome neighborhood that offers both nature and a great community,” says the husband. “We wanted our kids to spend a ton of time outside, and this neighborhood has great access to trails.”

The next part of the adventure involved building a structure that made the most of the site while allowing the homeowners to live the family life they envisioned. Since they would be managing the project remotely, working with a team they could trust was key. “They were only on the job site a handful of times, and the trust they put in us was extraordinary,” says general contractor Tom Stanko. “Every person there knew the family had a lot of faith in us, and we did our best to give them the house they wanted.”

What that looked like was hard to categorize. The homeowners came to architects Dale Hubbard and Kim Cattau and residential designer Anna Slowey with the idea of a modern farmhouse. “The thing about that term is that it has been used so often, it can mean just about anything,” says Hubbard. “But after talking with the clients, we realized that what they wanted was a family compound on their land—something with deconstructed massing, like a group of buildings you’d find on a traditional farm. We also realized that they wanted ornament that was deliberate, utilitarian and almost industrial in feel.” Slowey notes that the choice of color palette and crisp details advance the concept of a modern farmhouse. “Everything is crisp and beautifully articulated,” she says. “We took the traditional idea of a black and white color palette and modified it a bit, nothing here is a true black—the dark color comes from blackened steel. It gives the house a clean, modern feel.”

The house became a U-shaped structure that, at first glance, resembles a cluster of buildings. In this configuration, one wing is for the bedrooms, the other is a guest suite and in between—or the bottom part of the U—is the public space comprising the entry and a combined great room, kitchen and dining room.

One of the forces that propelled this family from the Midwest to the mountains was a desire for their kids to live outside. With that in mind, Cattau says that the architects designed the house from the “inside out,” making access to the yard and the open spaces beyond priority. “We worked to make the volumes inside feel good, they are comfortable and flow together—it’s an easy space to be in,” she says. “But we also worked to make sure that all those rooms have access or sight lines to the yard and the hills.” In practice, this means that someone could get up from the kitchen table and walk unimpeded through the large sliding doors and into the pool, if they are so inclined. The same goes for the ground-level master suite.

The outdoor space, executed in concert with landscape architect Luke Sanzone, looks like a residential version of a mountain resort. After all, it contains the aforementioned pool, an in-ground spa, a generous lawn and a large fire pit all set against the backdrop of rolling mountains. But this is sophistication for all ages; the boulders surrounding the pool are set in a way that allows kids to climb and, most importantly, leap into the pool. “The home is designed with a series of little landing spots and places to retreat,” says Slowey. “The landscape is no different, it has very intentional destinations to gather. The whole backyard has a very fun feeling.”

It’s a feeling that flows upstairs to the kids’ rooms, which were crafted not only for rest, but for sleepovers with cousins who visit frequently. “We worked in collaboration with designer Megan Hudacky on all the rooms, and we wanted to make the boys’ room feel a bit like a sleepaway camp,” says Slowey. Adds Hubbard, “you could look at the entire project as a sanctuary.”

And after the stress of relocating, a sanctuary was what was called for. “To pack up and move like that was scary,” says the husband. “But it was so much fun to have the vision, and then execute it. Today we walk around in the house we dreamed about, and watch our kids enjoy it as we hoped.” This is one leap of faith that had a happy landing.