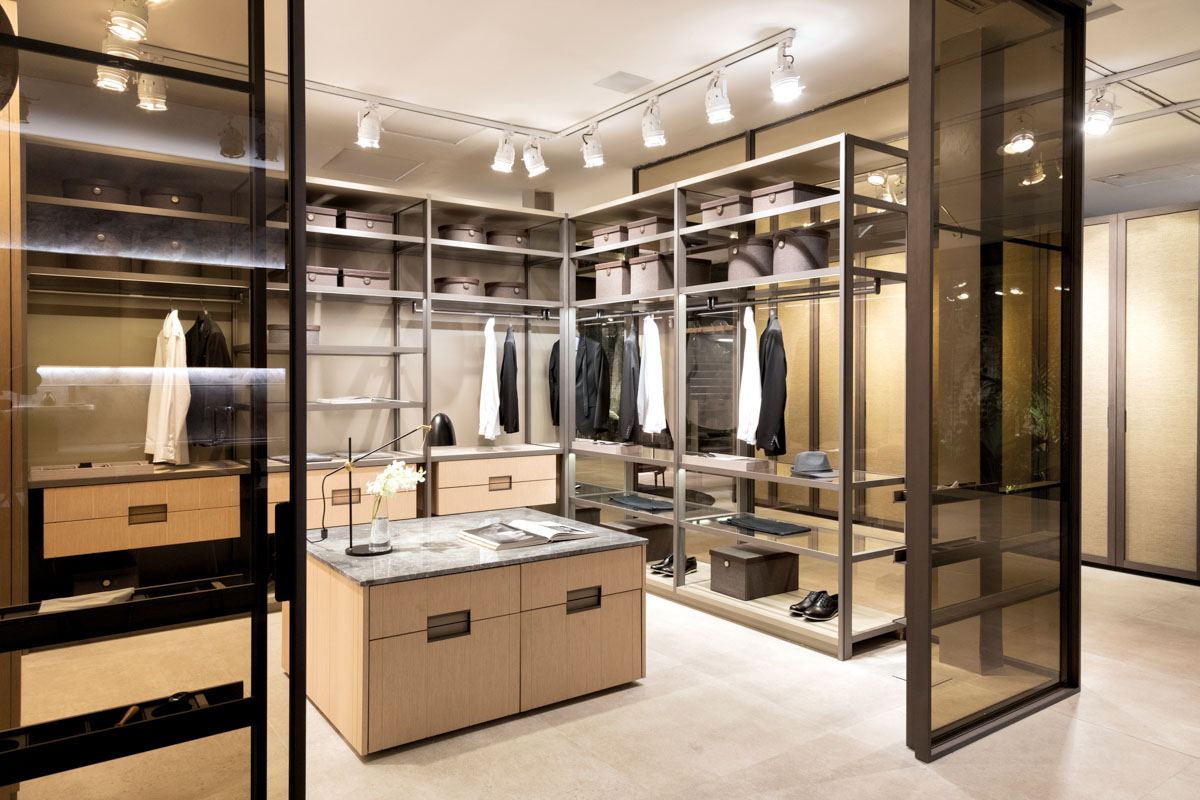 While kitchens and closets are what Brazilian authority Ornare does best, the new West East collection designed by Ricardo Bello Dias, art director for the brand, is meant to spark joy anywhere in the home.

The four lines—Ikigai, Shaker, Infinite and Mech—draw design inspiration from distant lands and philosophies, such as Japan’s Ikigai “joy” concept and England’s Shakers, who only made something if it was useful or necessary. The result is a collection that’s both functional and beautiful, offering endless customization options and 350 different finishes.

“We saw a need for adaptable furniture and storage solutions that could fit with any area of the home while maintaining a cohesive and elegant aesthetic,” says Claudio Faria, executive director of Ornare USA. 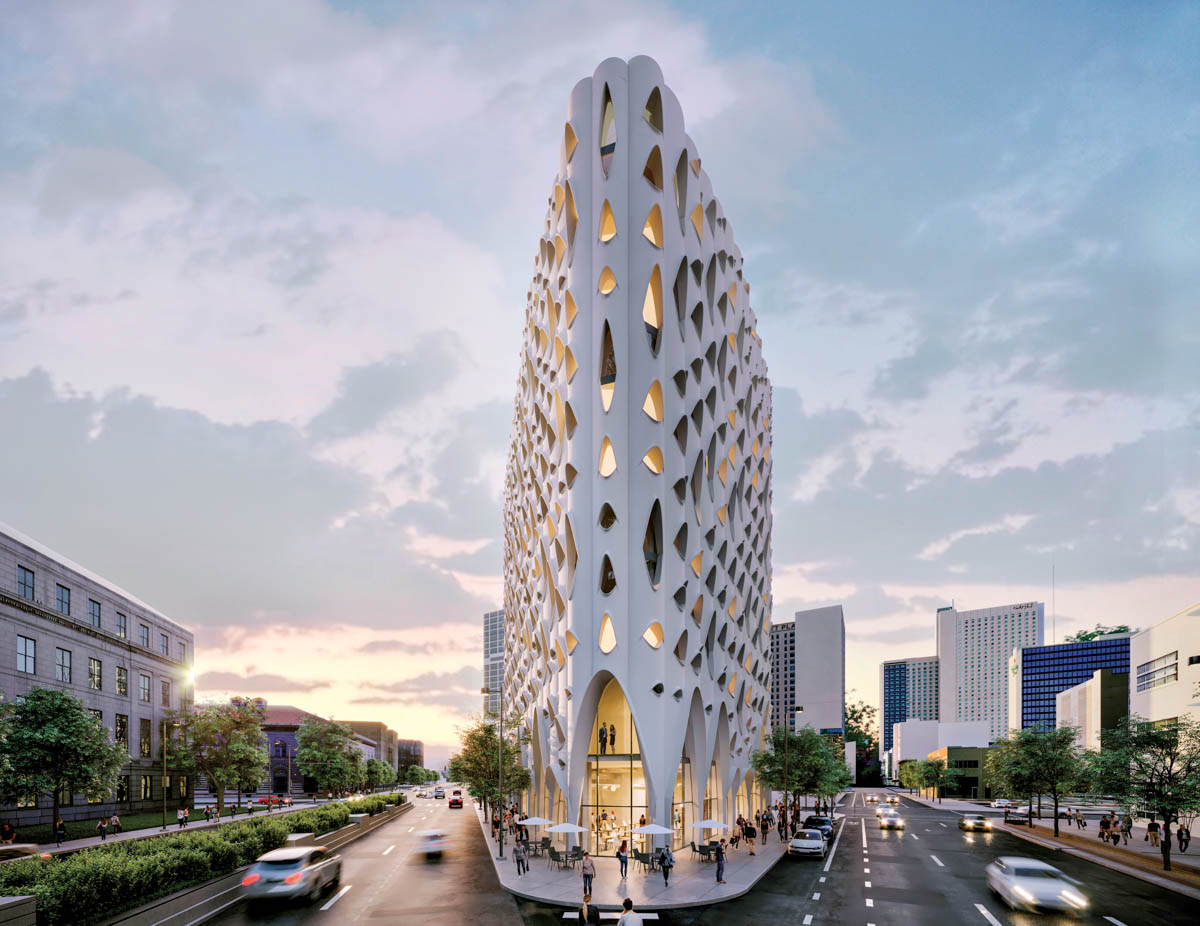 Architect Jeanne Gang’s designs have been called daring, visionary and neighborhood-regenerating, but when describing her first Colorado project that takes shape at the intersection of Colfax Avenue, 14th Street and Court Place, the best term may be “city-defining.”

Called Populus, in honor of the aspen tree (Populus tremuloides) that inspired its design, the structure’s unique fenestration evokes the eye-like patterns on an aspen’s trunk. “On the exterior, the ‘lids’ of each window stretch outward according to solar orientation to shade the interior, improving the building’s energy performance,” says Jon Buerge, chief development officer at Denver-based Urban Villages, the firm behind the project. “The windows change in size in response to how an [interior] space is used, mirroring the growth patterns of aspens.”

The 13-story mixed-use building—slated for completion in 2023—will include a 250-key hotel, 40 micro-apartments, event spaces, multiple food and beverage offerings, and a rooftop bar and view deck. It’s a building “that is worthy of Denver’s rising prominence on the national and international stage,” Buerge says, and “an impressive architectural legacy for generations to come.” 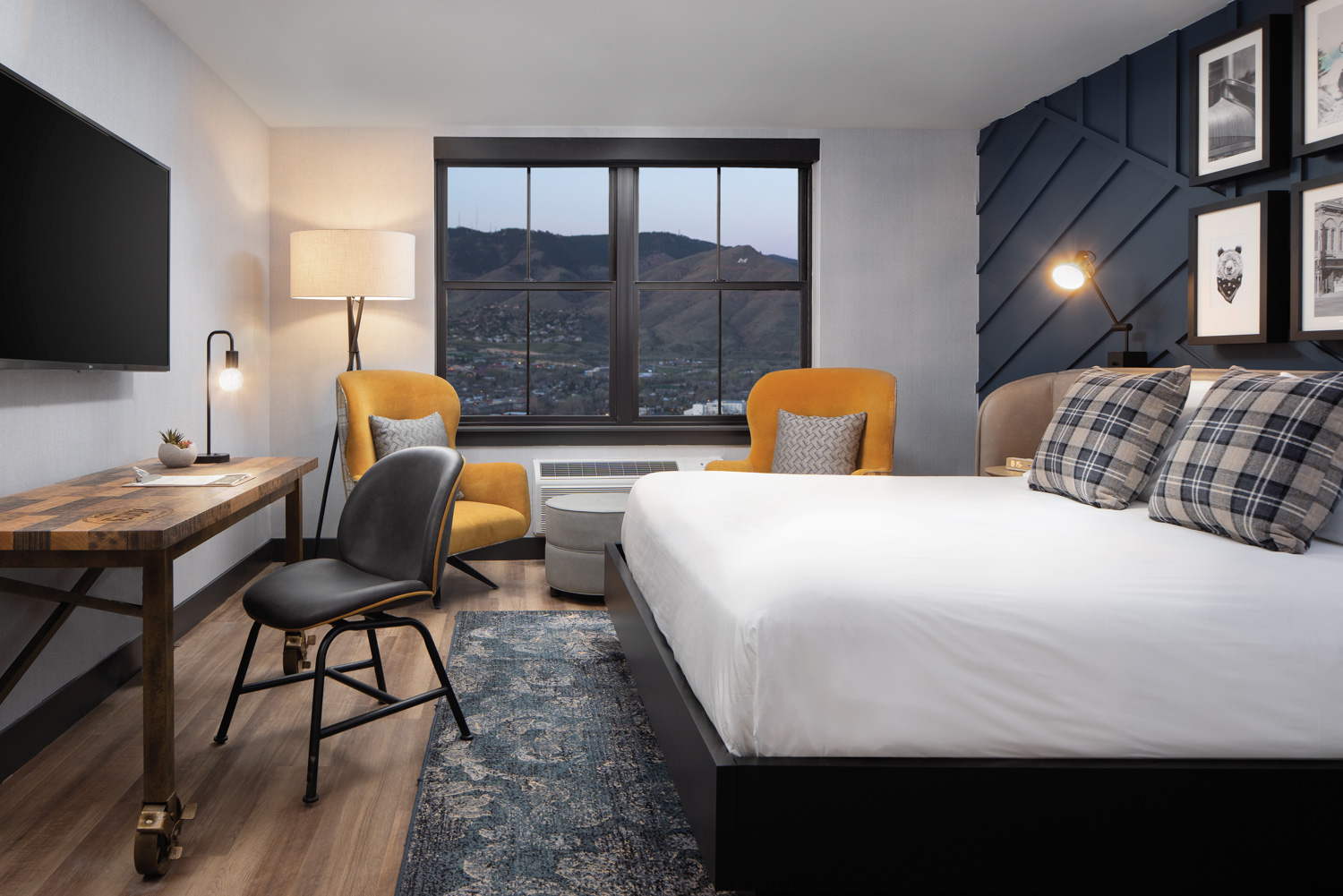 In Golden, one of Colorado’s oldest mining-era towns, local history has come alive in a fresh new way with the debut of The Eddy Taproom & Hotel, a 49-room boutique hotel and restaurant that opened its doors in June.

Located on the former site of the Golden Fire Brick Company, which dates back to the 1860s, the new building—designed by Denver’s Craine Architecture—nods to its predecessor with a brick exterior, riveted-steel panels, rough-hewn wood floors, coffered tin ceilings and turn-of-the-century light fixtures.

Equally unique are the room configurations, which include family-friendly suites with inviting double bunks. 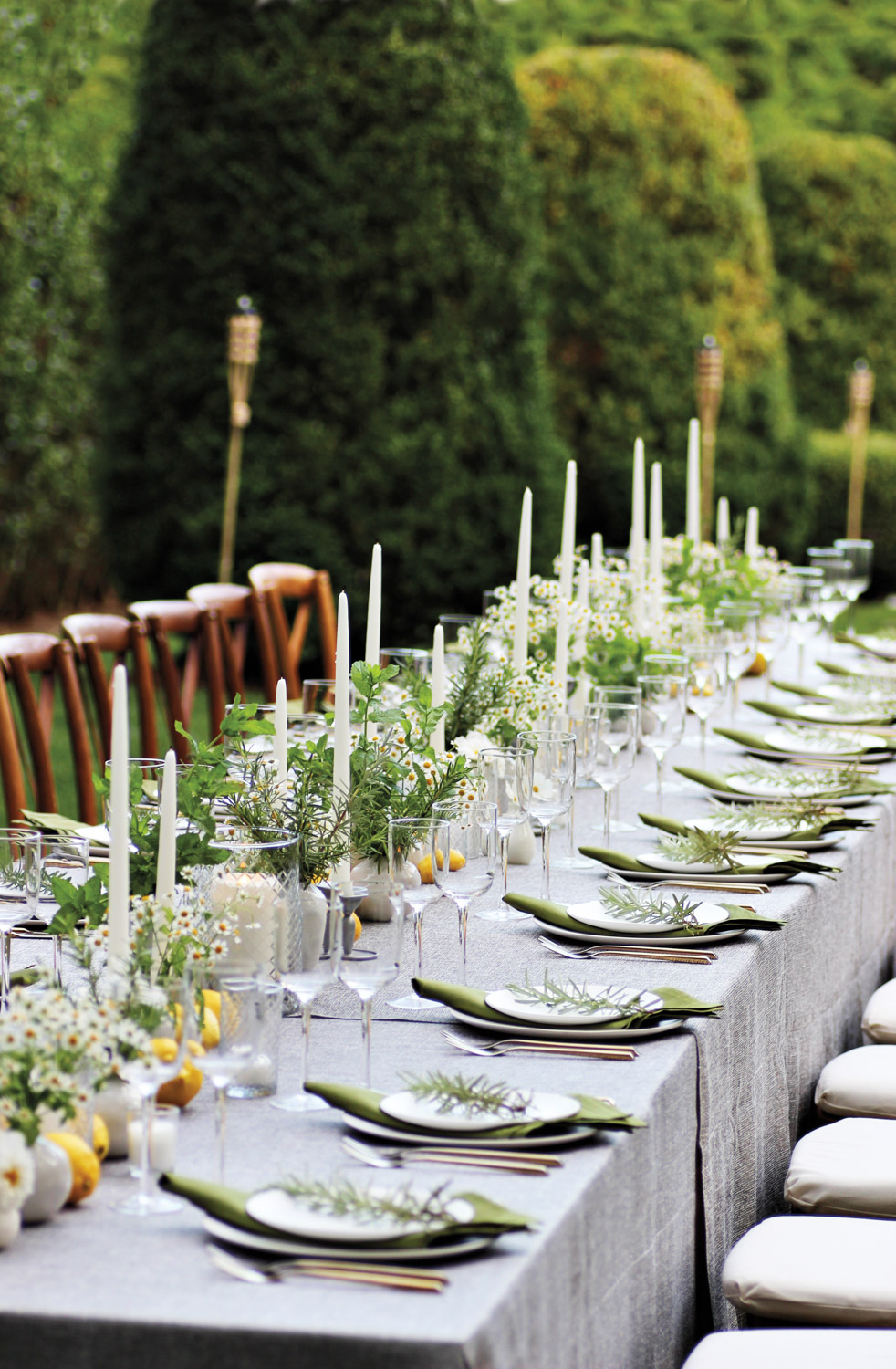 A floral designer with a penchant for found objects, Arthur Golabek’s two passions beautifully collide in his new East Hampton shop and studio. There, he lovingly creates arrangements, sells vintage wares and choreographs tabletop tableaus for clients and party planners.

While he personally leans toward an English style of arranging, where things are loose, mixed and “where each flower has its own place and feels special,” when it comes to clients, he looks to their home’s interiors to inform his individualized approach.

For a modern abode, a clean single flower arrangement is the ticket. For a more rustic space, perhaps something relaxed á la a Dutch still life. And for what’s surely going to be a busy entertaining season, Golabek wants you to remember these tablescape fundamentals: keep blooms low (as to not interfere with conversation) and scentless (as to not distract from the food). 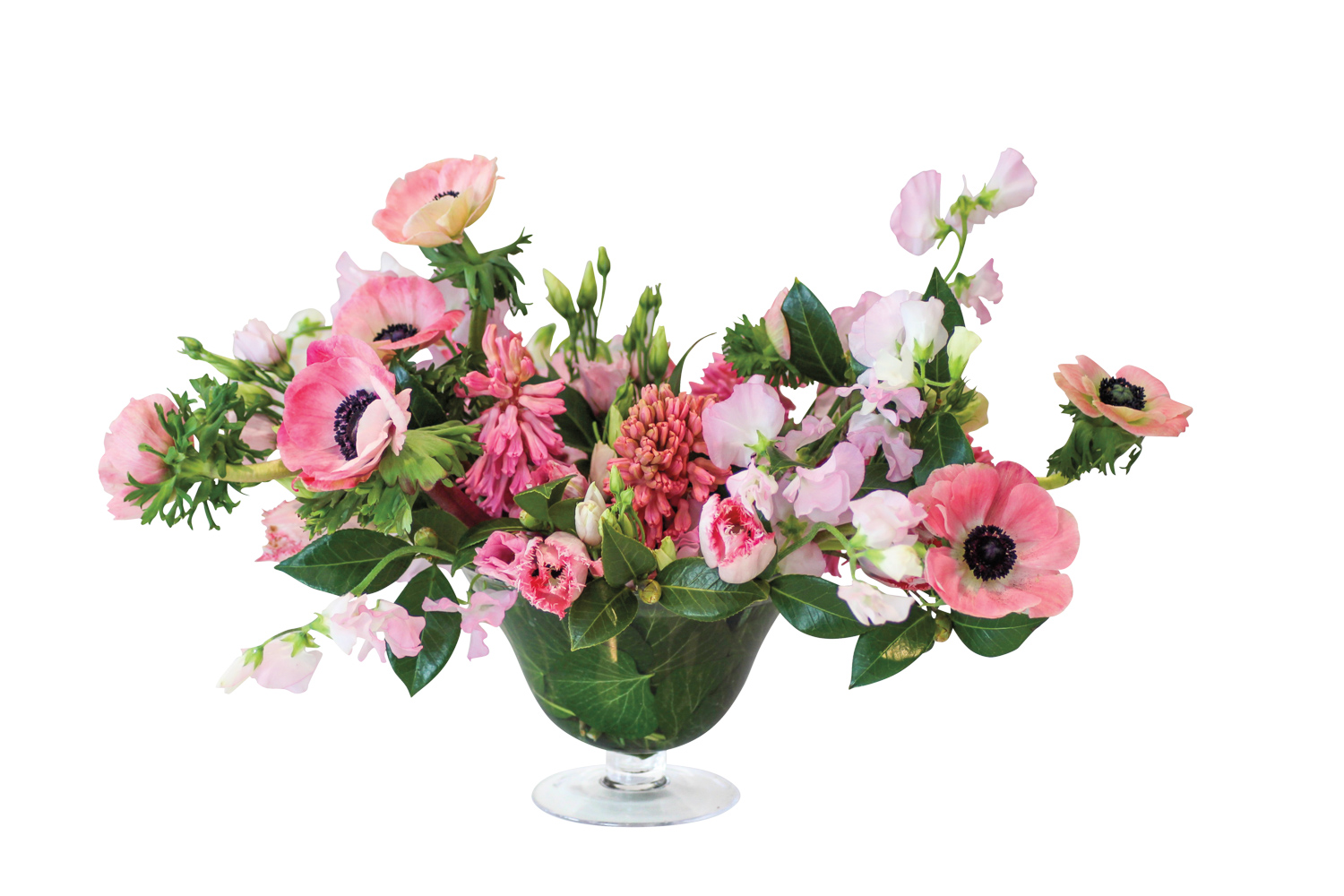 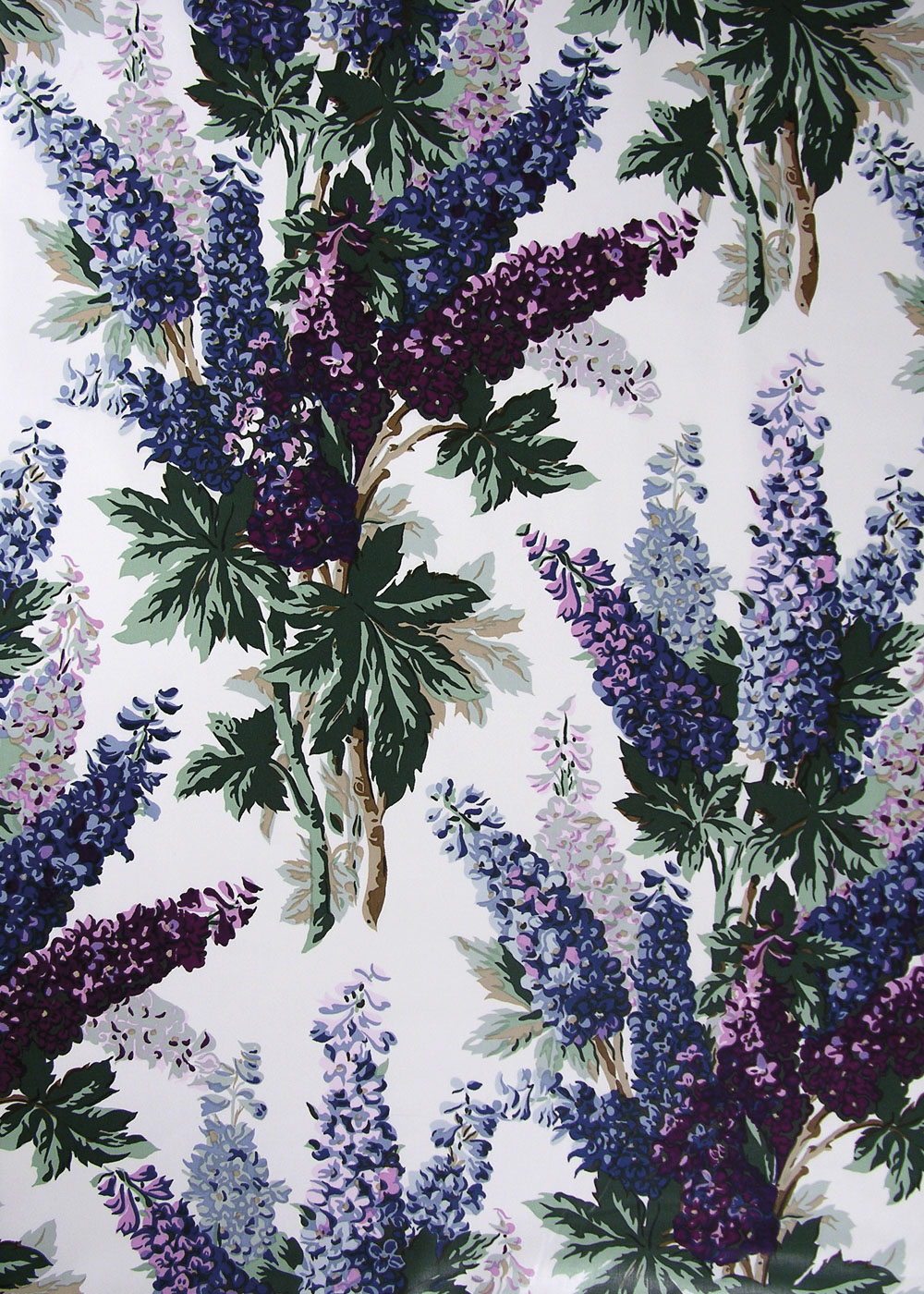 The post Where To Get Your Fix Of Rose Cumming’s Latest Glam Textiles appeared first on Luxe Interiors + Design.

The new collection introduces two new colorways to the beloved Sabu and Sabu on Linen, infusing the iconic animal pattern with a modern flair, along with a new upholstery weight cloth, called Chloe, that provides a greater selection for clients to use on sofas, chairs, pillows and more. 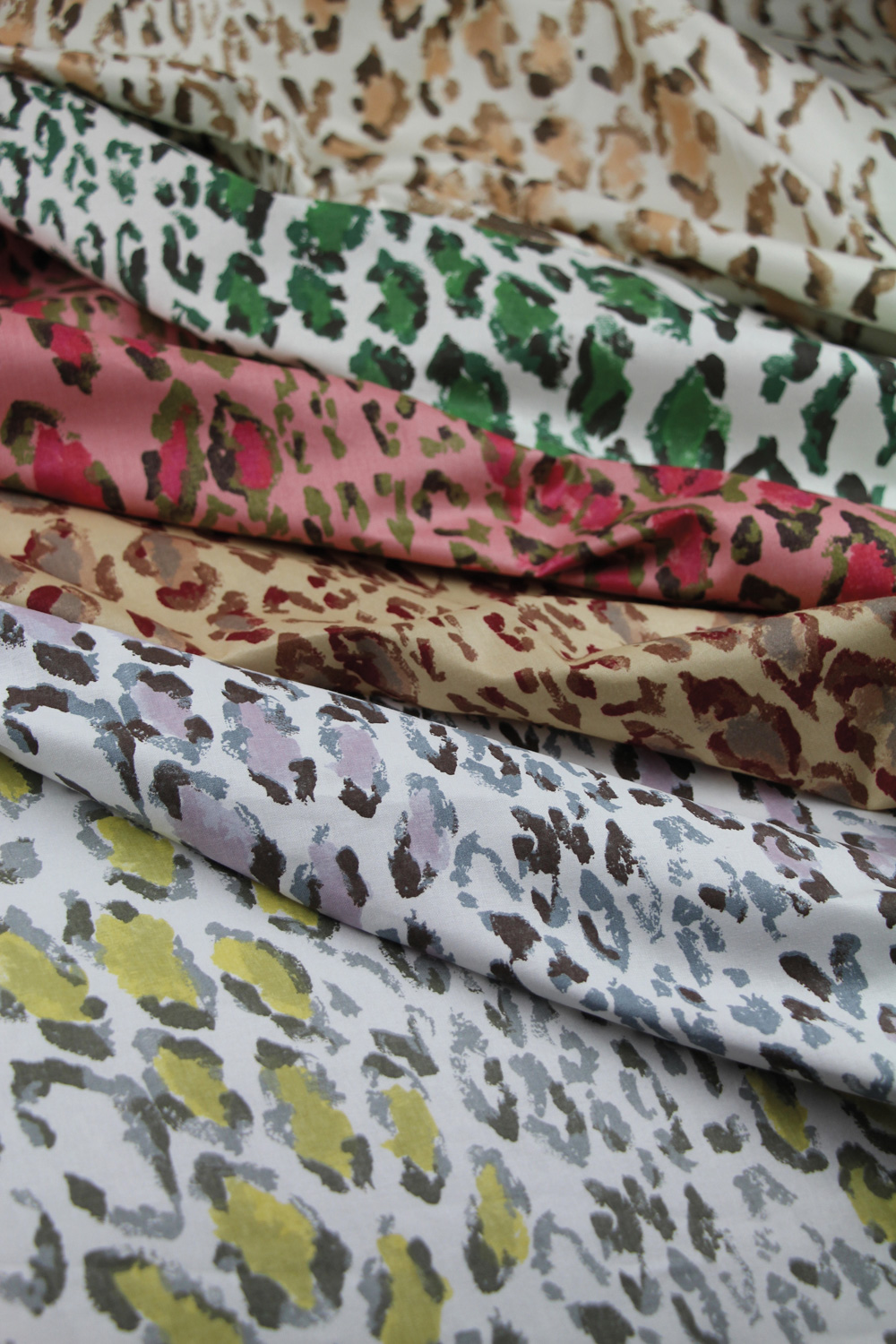 The post Where To Get Your Fix Of Rose Cumming’s Latest Glam Textiles appeared first on Luxe Interiors + Design. 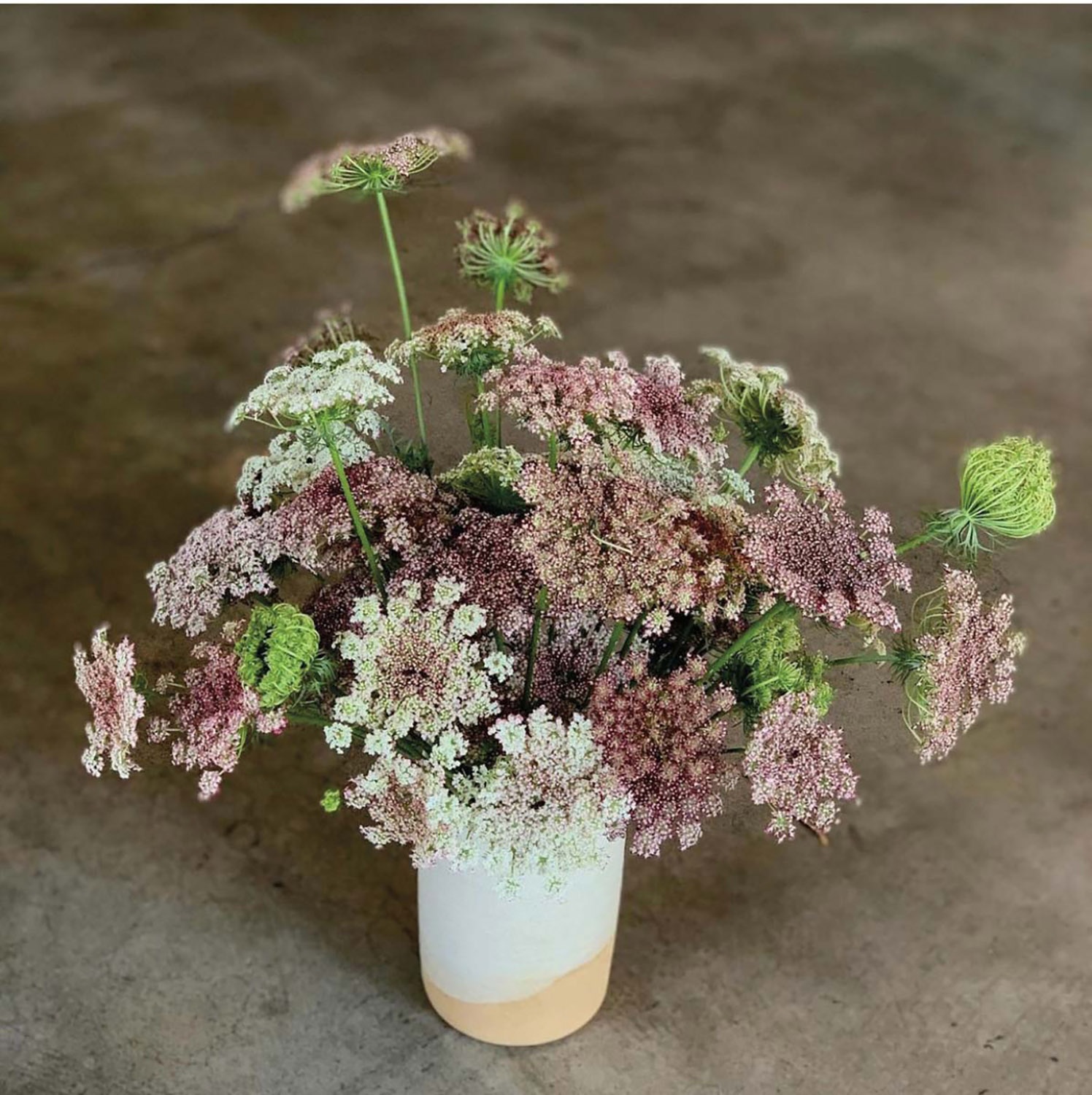 The post Explore The Beauty Of Arcadia Living Through Florals appeared first on Luxe Interiors + Design.

WHO: Teresa Wilson, owner and creative genius behind the fiercely local, works-directly-with-farmers Camelback Flowershop, which has been hustling blooms for 18 years.

WHAT: More than florals (although there are bunches of those, too), this feed explores the gracious ease of Arcadia living. Think citrus, greenery and, yes, even the occasional chicken.

WHY: The temperatures outside may be well into the triple digits, but this feed delivers all the cool and refreshing feels.

IN HER WORDS: “We like to think of our Instagram as a virtual art gallery. It’s a collection of our aesthetic, which includes everything from inspiration images to beautiful creations our designers cultivate on a daily basis.”

The post Explore The Beauty Of Arcadia Living Through Florals appeared first on Luxe Interiors + Design. 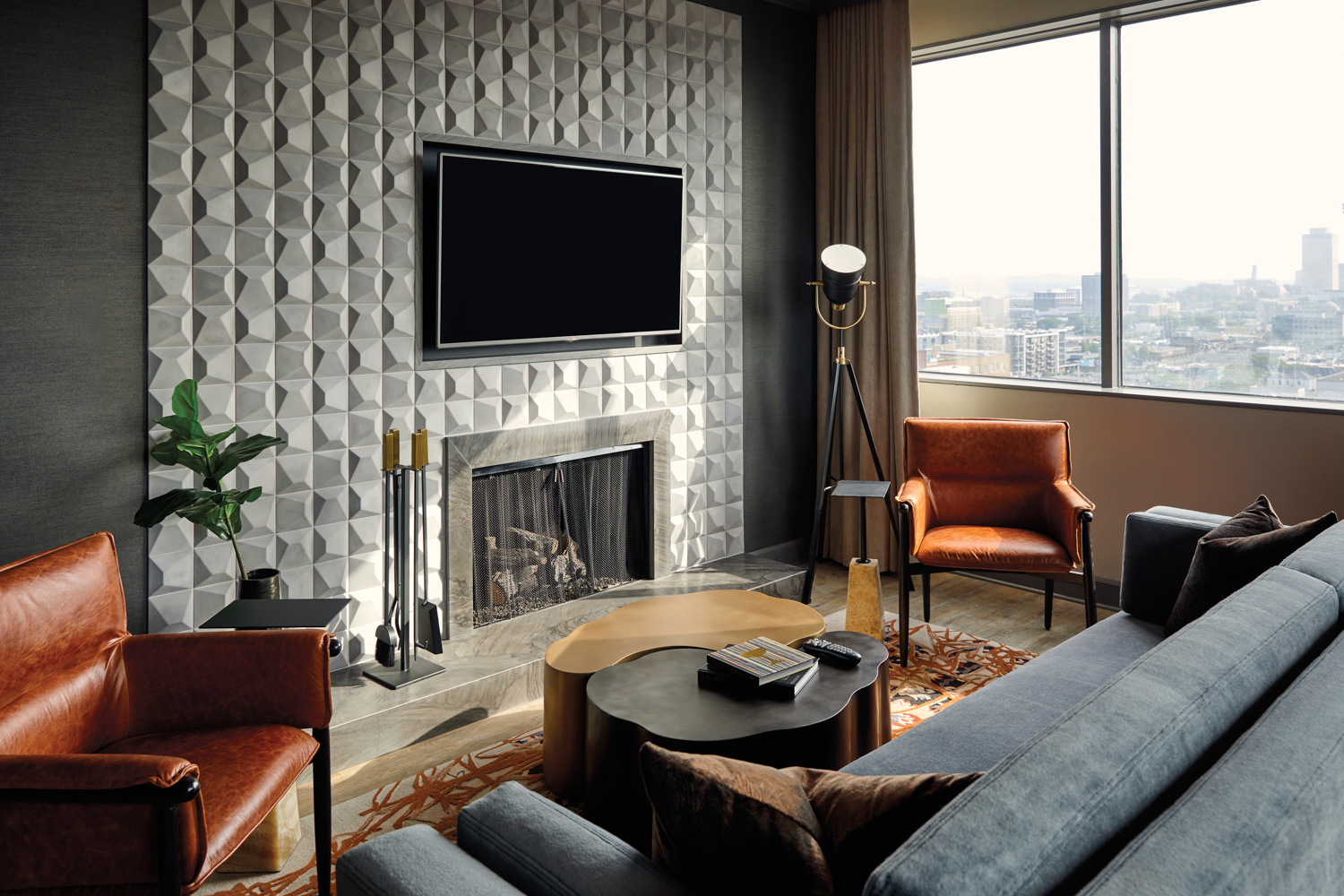 The post 3 Chic Reasons To Book A Stay At This Nashville Property appeared first on Luxe Interiors + Design.

Found on the fringes of the university by the same name, the Loews Vanderbilt Hotel is on a mission to master Southern hospitality. Part and parcel to the swanky Nashville property’s multi-year renovation efforts, it recently debuted three new designer suites ranging from 1,000 to 1,600 square feet each.

Called Baritone, Creator and Belle, each is inspired by Nashville icons for the ages: Johnny Cash, Loretta Lynn and the collective leading ladies of country music. From functioning fireplaces to full-size dining rooms, guests enjoy all the trappings of a luxury apartment.

Chicago-based Simeone Deary Design Group headlined the plush appointments, which include hardwood floors, textural wallcoverings and supple textiles like velvet, leather and fringe. On our list? As a nod to the famously black-clad crooner, midcentury-style lighting and moody hues bring a masculine vibe to the Cash-inspired suite, which also boasts a full kitchen, walk-in closet and Peloton fitness bike.

The post 3 Chic Reasons To Book A Stay At This Nashville Property appeared first on Luxe Interiors + Design. 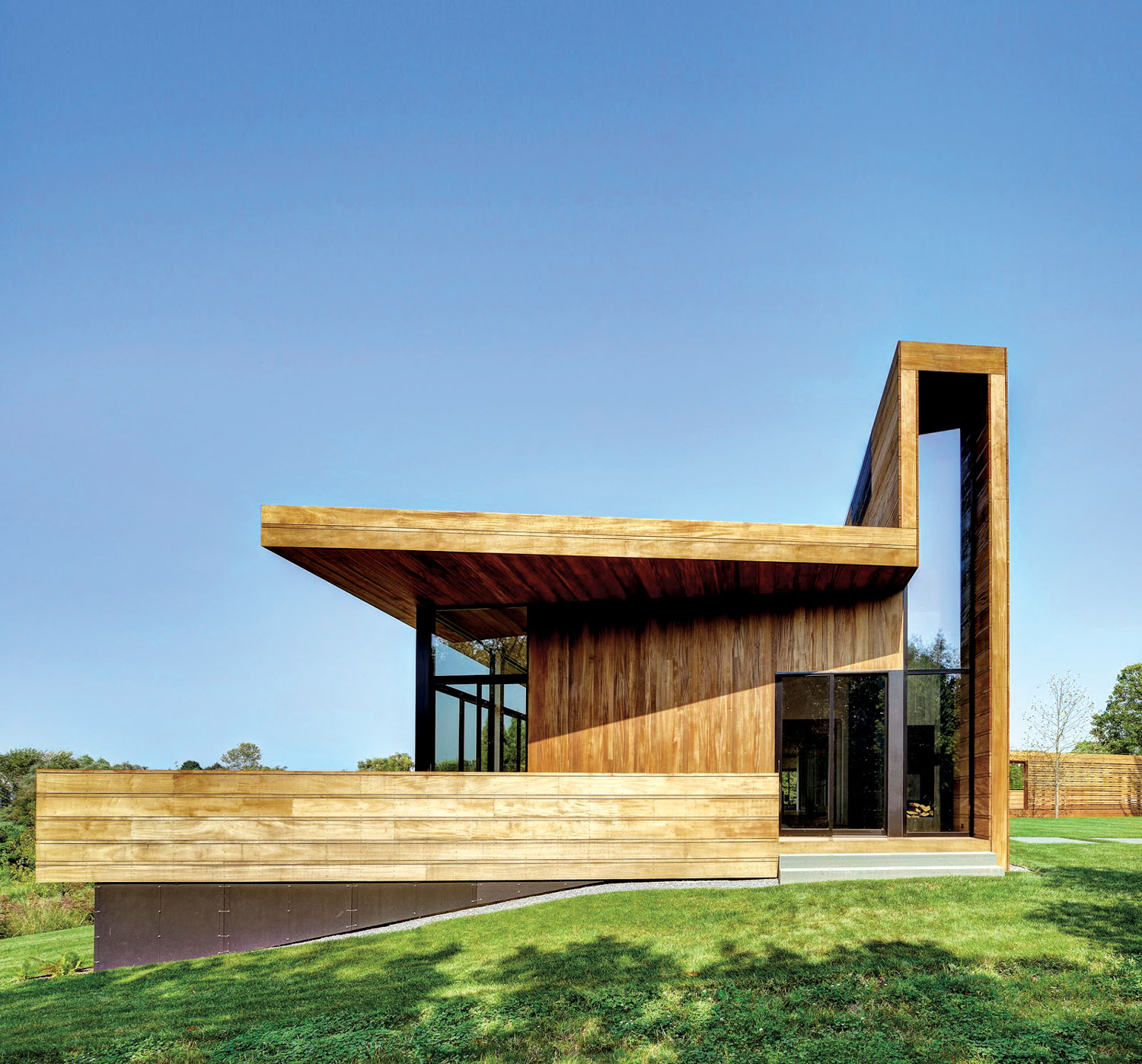 The post Behind The Mission To Conserve The Hamptons’ Modernist Treasures appeared first on Luxe Interiors + Design.

A Sag Harbor resident of nearly a decade, Godbold was dismayed upon purchasing his own midcentury home to learn there were no protections for the modernist masterpieces of Charles Gwathmey, Norman Jaffe, Andrew Geller and their contemporaries. “I asked around thinking I would discover preservation societies and was told there was nothing of the sort out here—and that if I had an inclination to do something, I better hurry,” he says.

Hamptons 20 Century Modern has a baseline goal of conservancy and awareness for these dwindling treasures—but looking ahead, Godbold is dreaming big. “The fundamentals of Palm Springs Modernism Week—architectural lectures, vintage shopping, house tours—could be easily translated for this area,” he posits. “Hamptons residents are notoriously private, but I think if we build a following and get on people’s radar, anything is possible.” 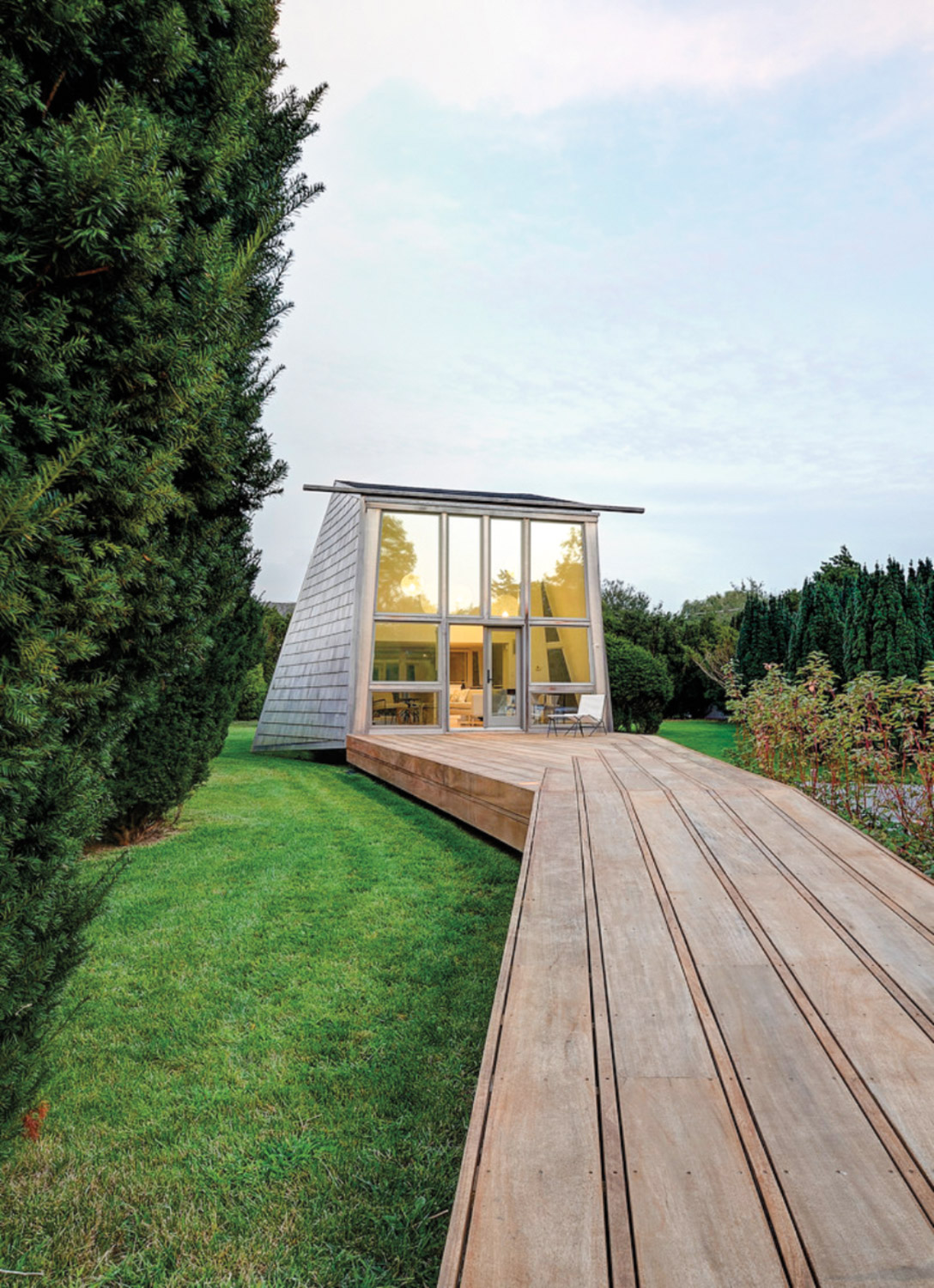 The post Behind The Mission To Conserve The Hamptons’ Modernist Treasures appeared first on Luxe Interiors + Design. 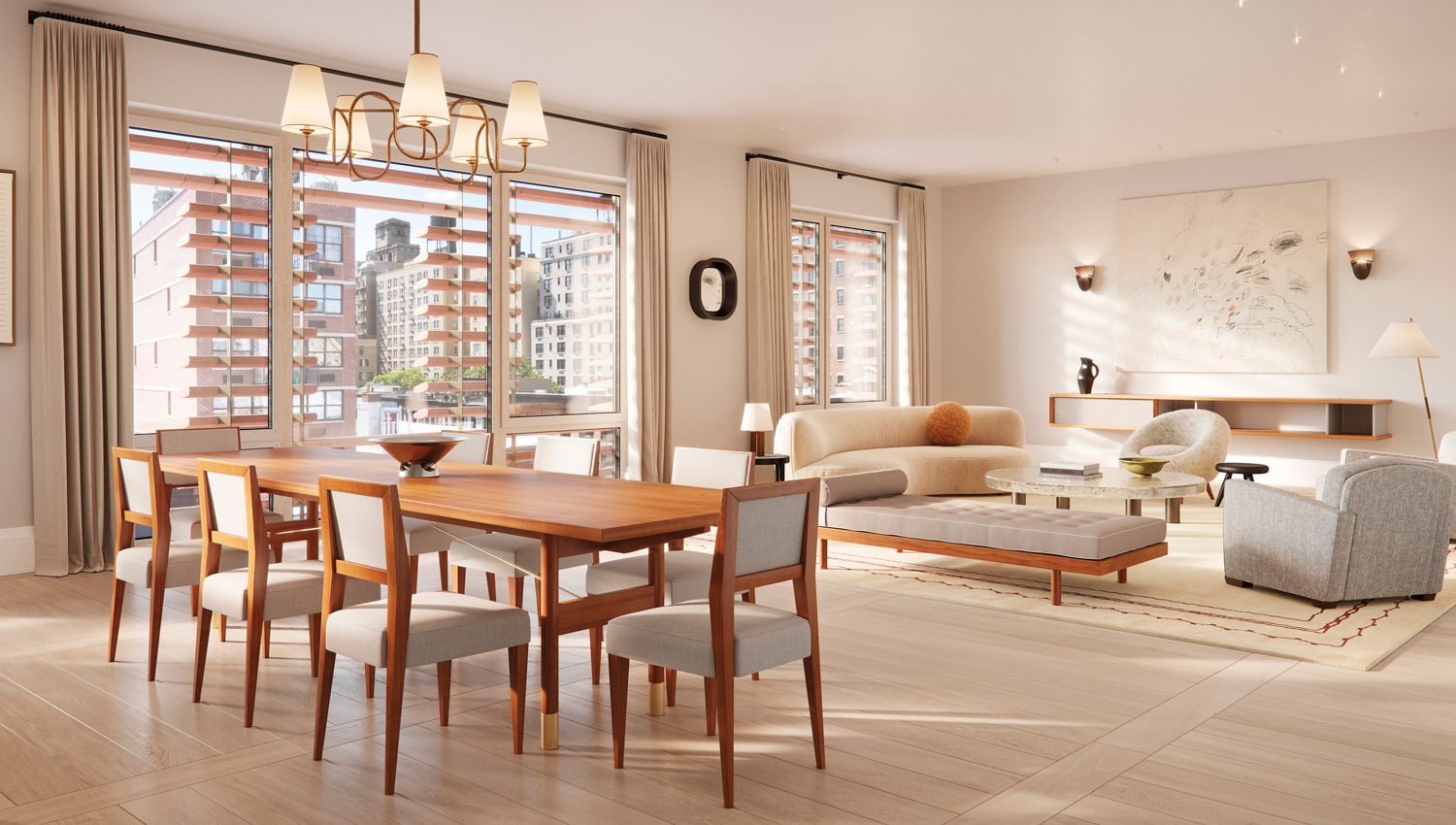 A new, ground-up, boutique condominium on the Upper West Side is angling to become the most sustainable in New York City and interior designer Alyssa Kapito is the creative force behind its seven one-of-a-kind, full-floor homes.

With luxury, wellness, and sustainability as guiding principles, BKSK Architects designed and engineered the nine-story Charlotte of the Upper West Side to exceed the energy and ventilation standards of the German-based Passive House Institute. Kapito stepped in to collaborate on interior finishes—think, white oak floors and Cream de Lyon marble bathrooms.

Her model units are composed in soft, neutral tones and natural materials, showcasing both custom furniture of her design and vintage pieces by midcentury French and Swiss makers, like Charlotte Perriand, Jean Royère and Pierre Jeanneret, as well as a pair of shearling-clad chairs by Danish designer Philip Arctander.

“Sustainability and wellness are at the forefront of our minds,” said Kapito. “Design isn’t just about beauty, it’s also about craftsmanship, quality and lifestyle.” 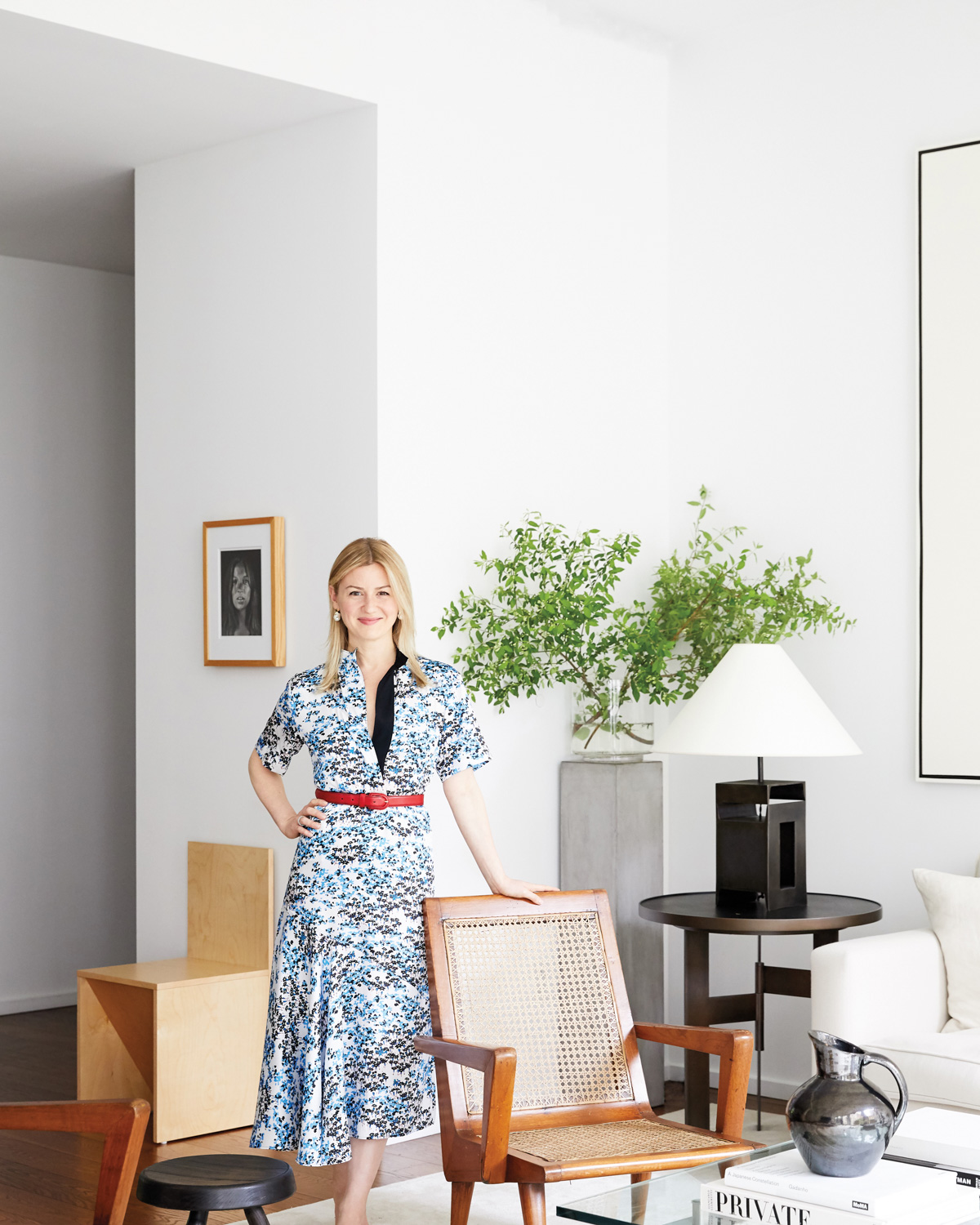 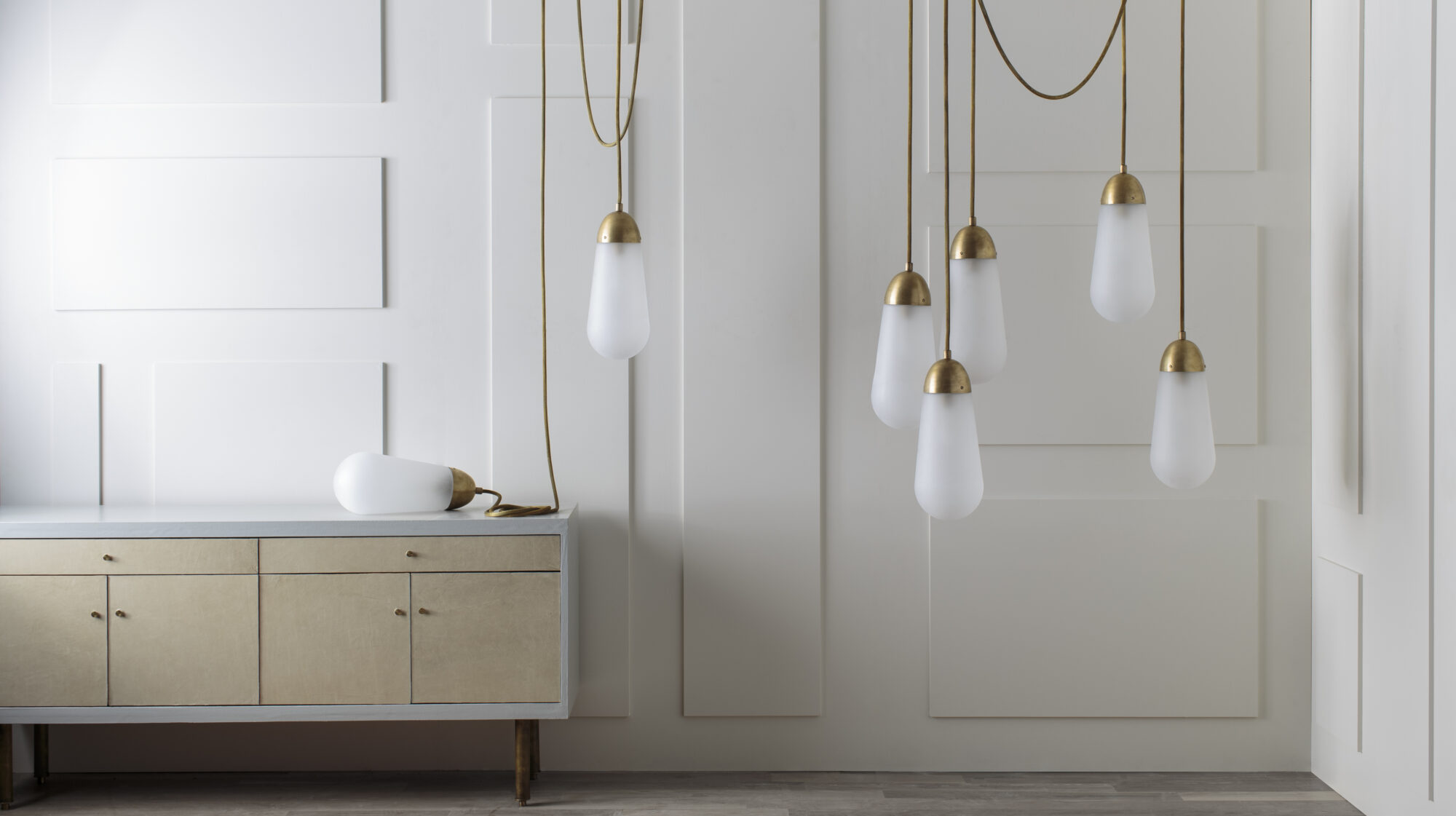 The post 12 Lighting Fixtures That Will Spark A Love For Black + Brass appeared first on Luxe Interiors + Design.

Whether you prefer inky finishes or subtle glamour, let these moody lighting picks serve as a friendly reminder to look up. 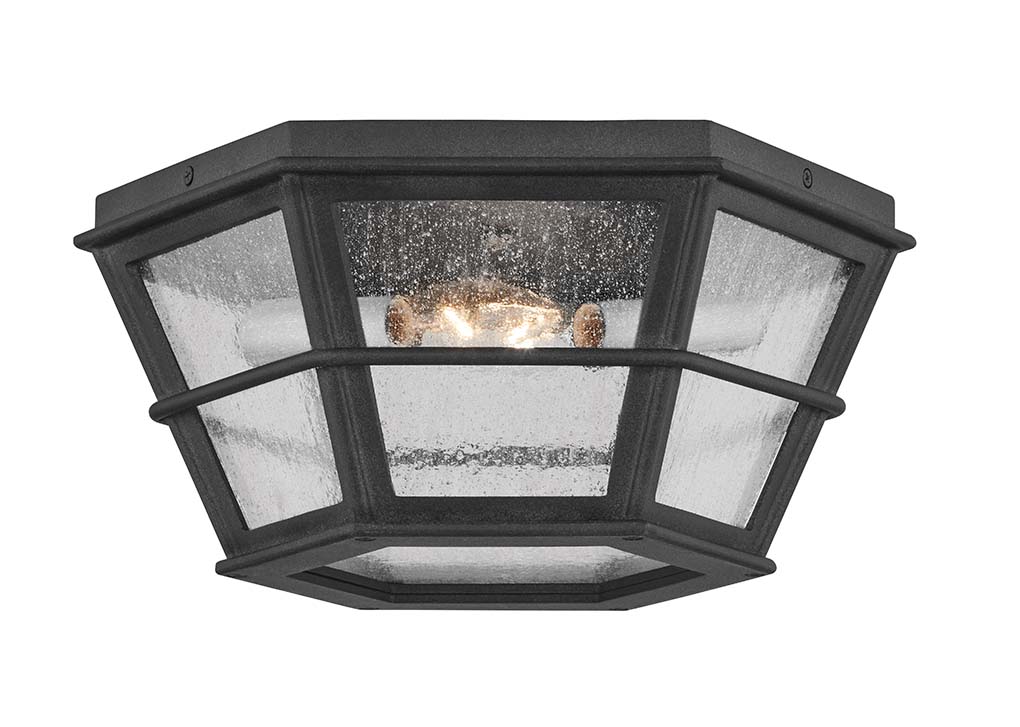 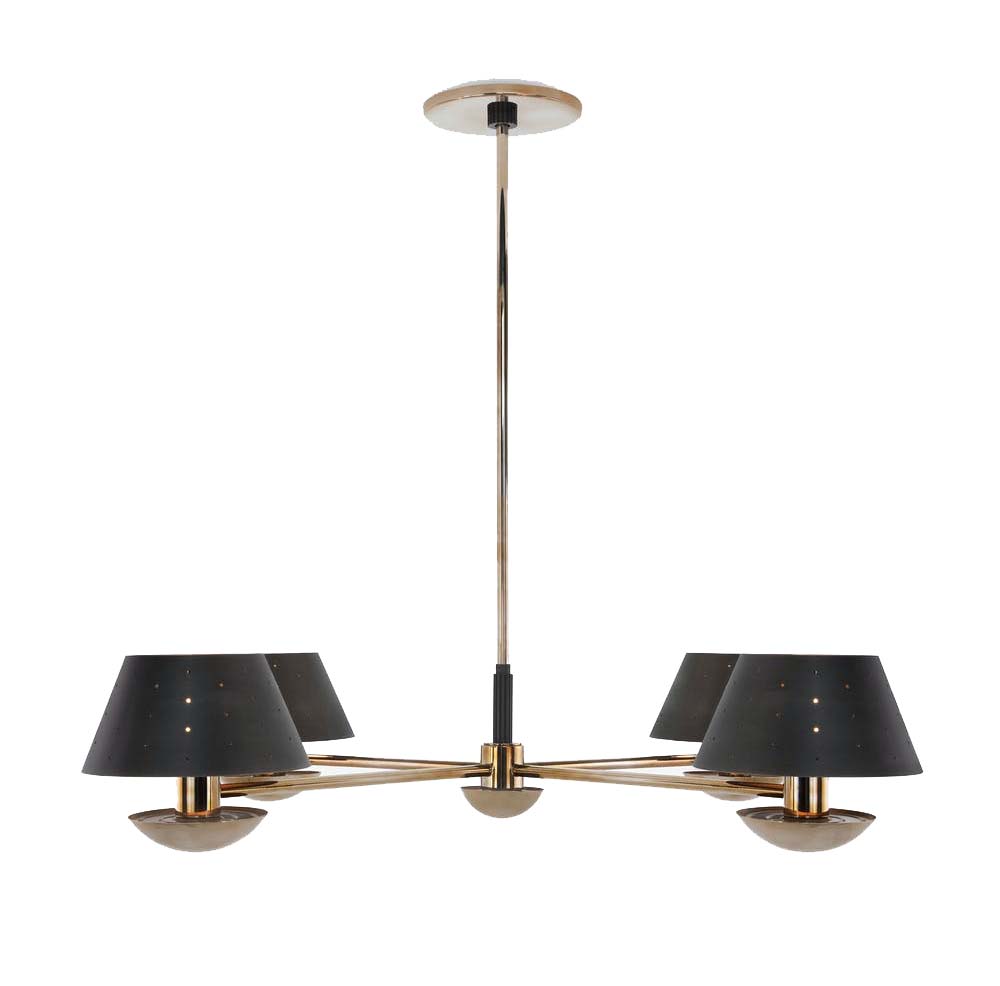 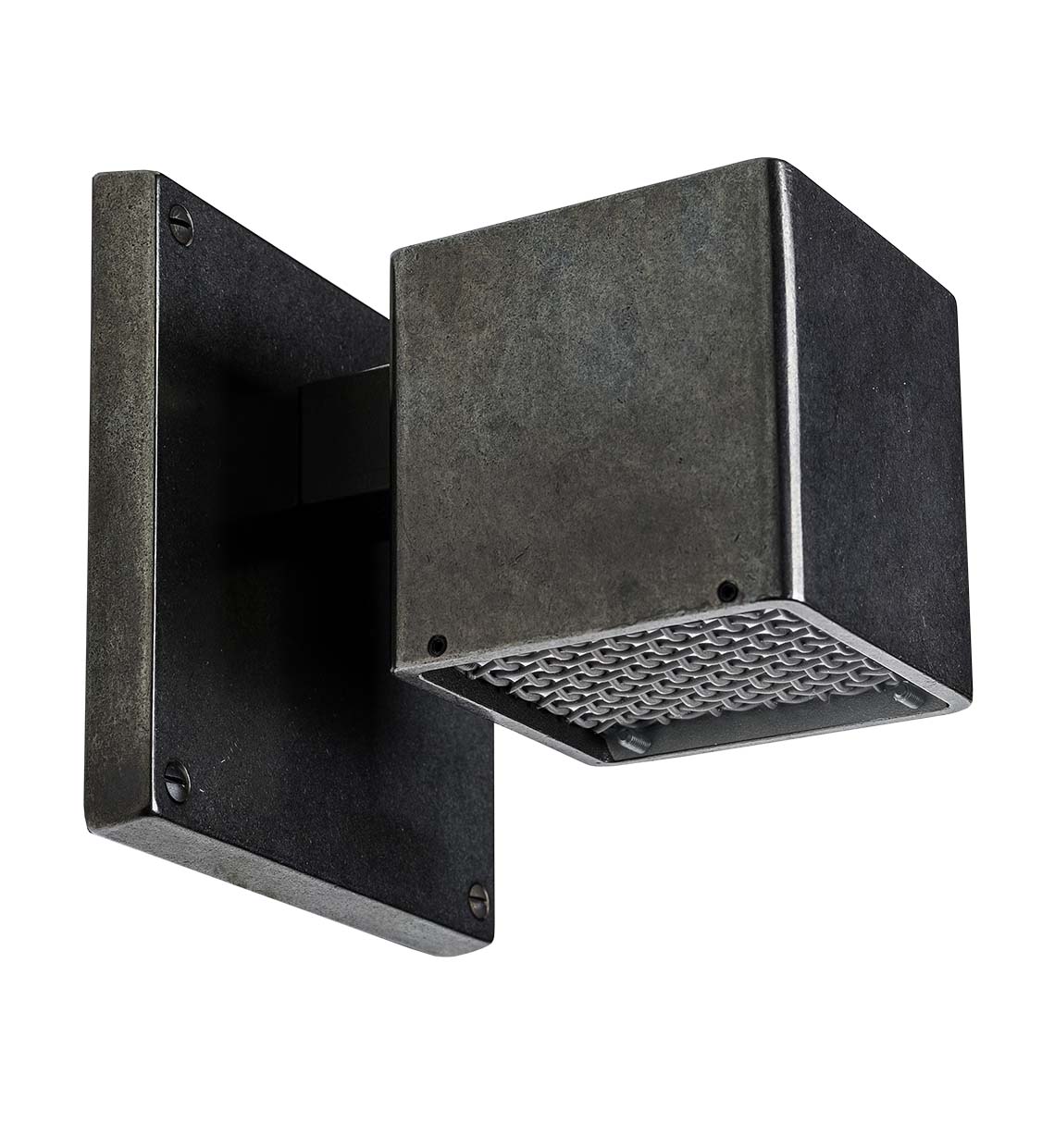 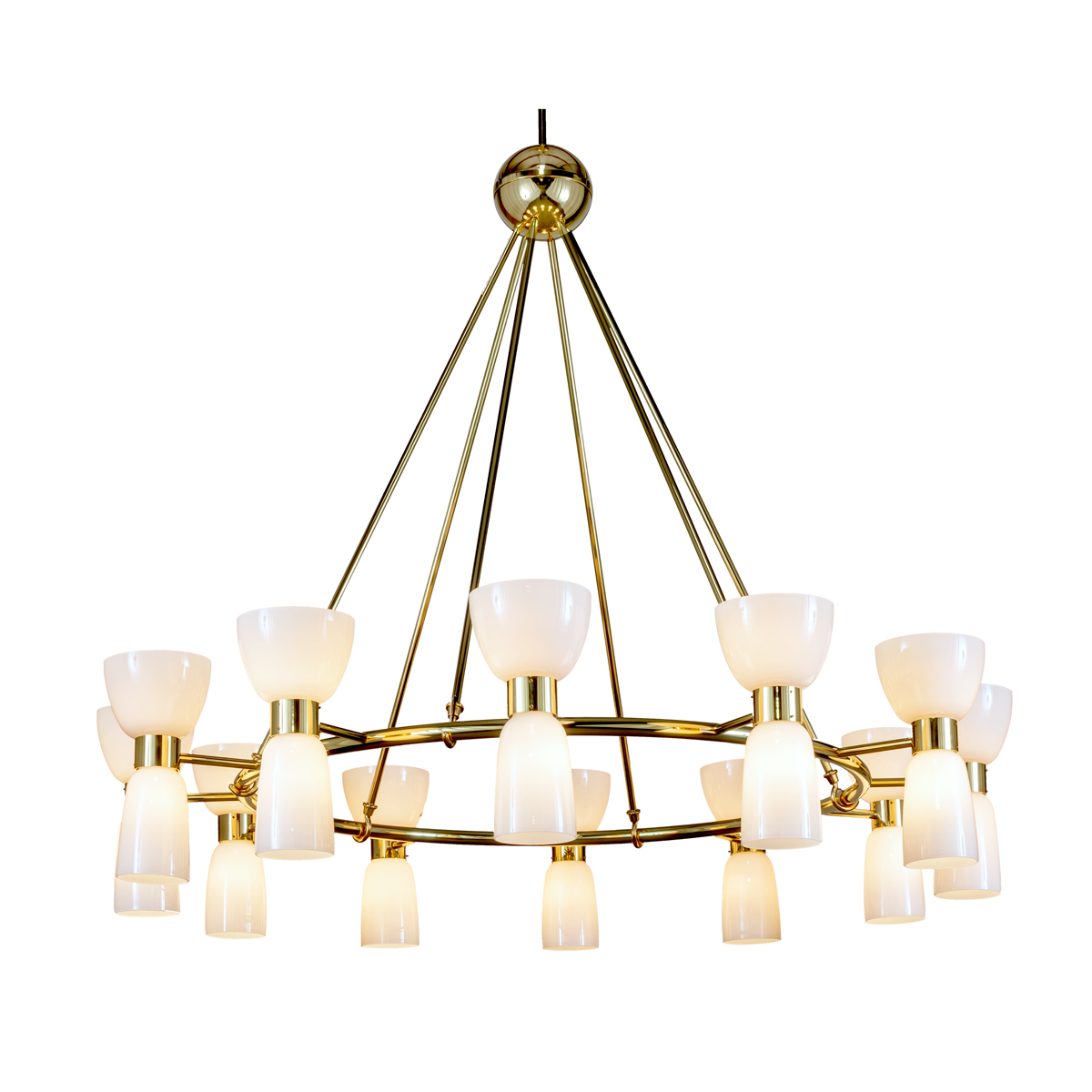 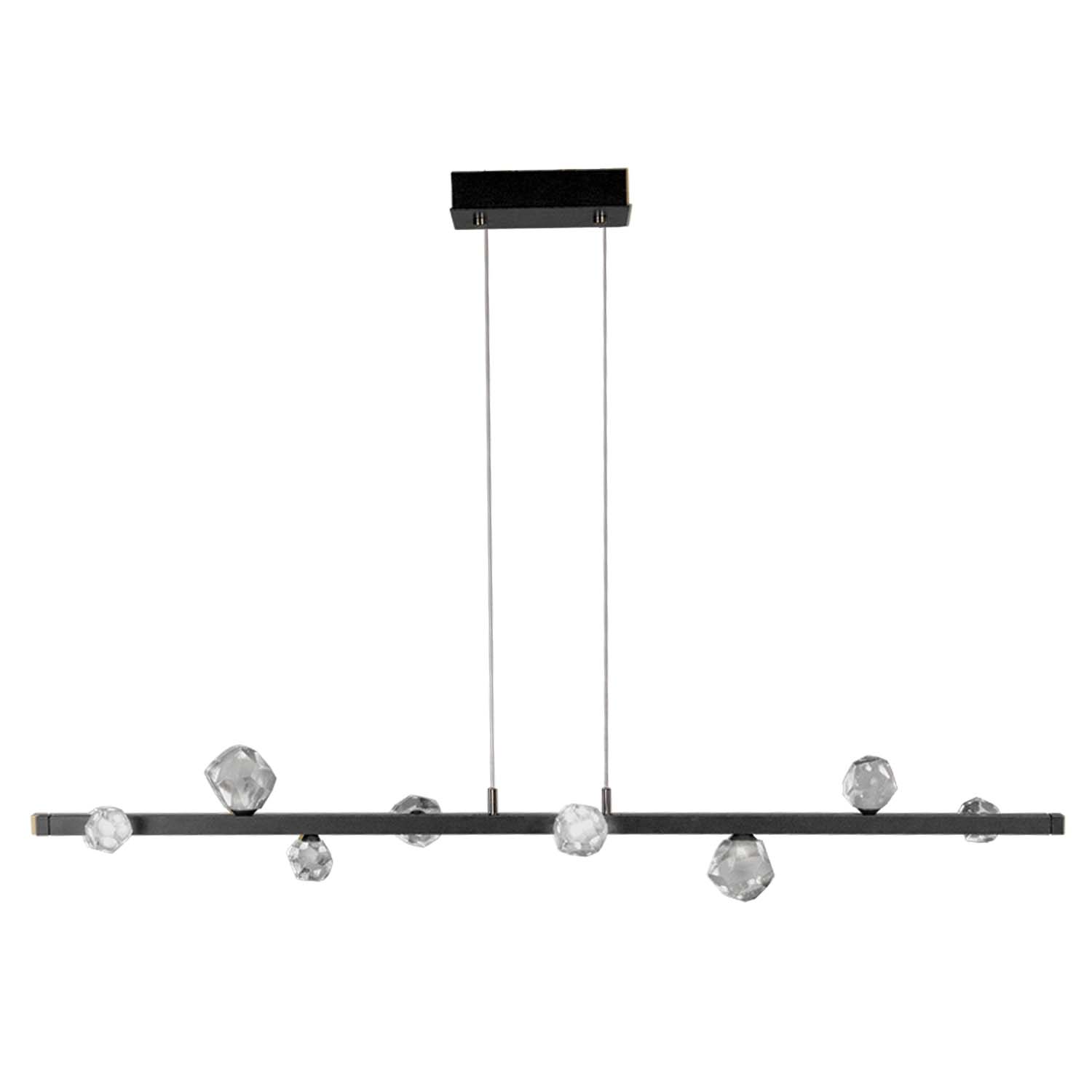 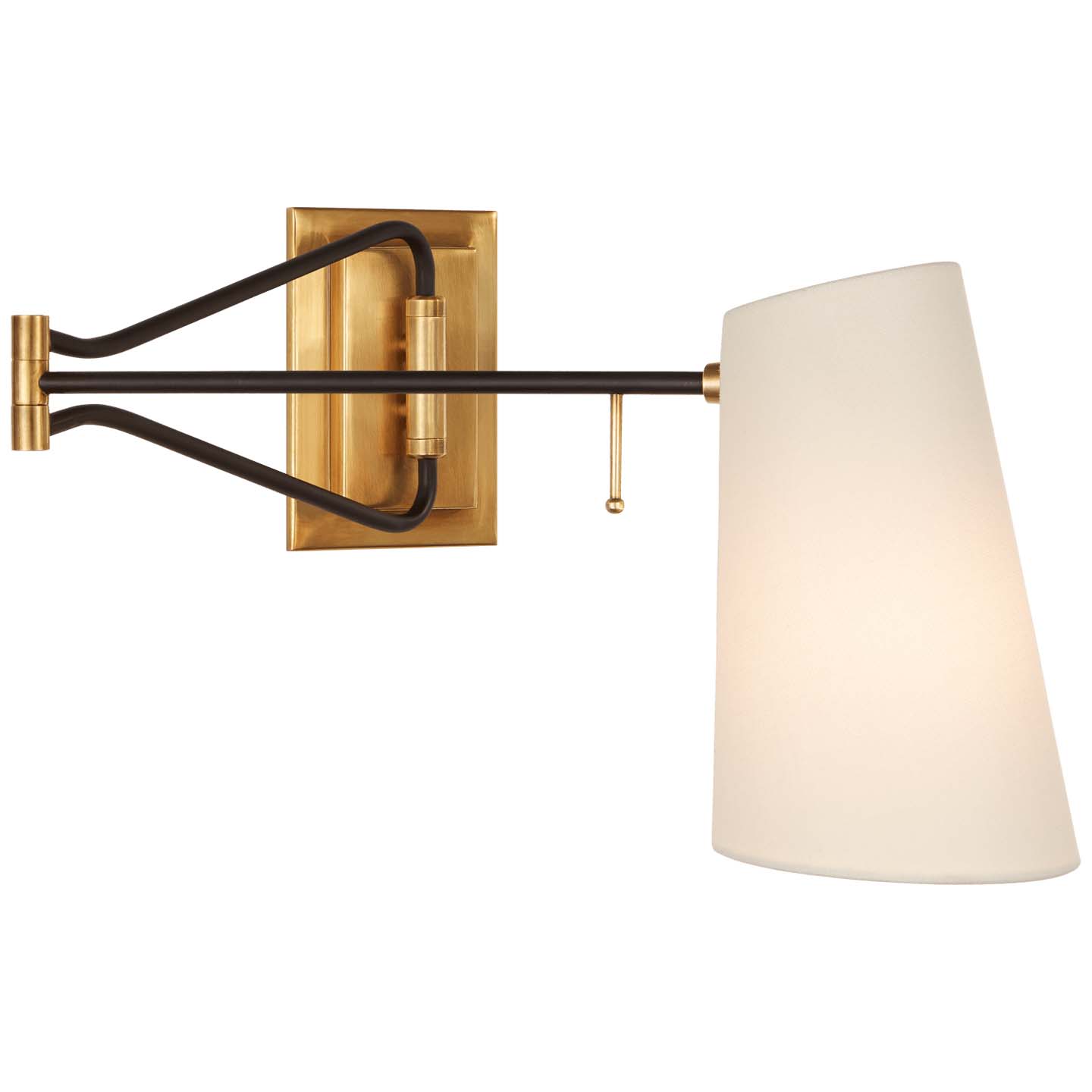 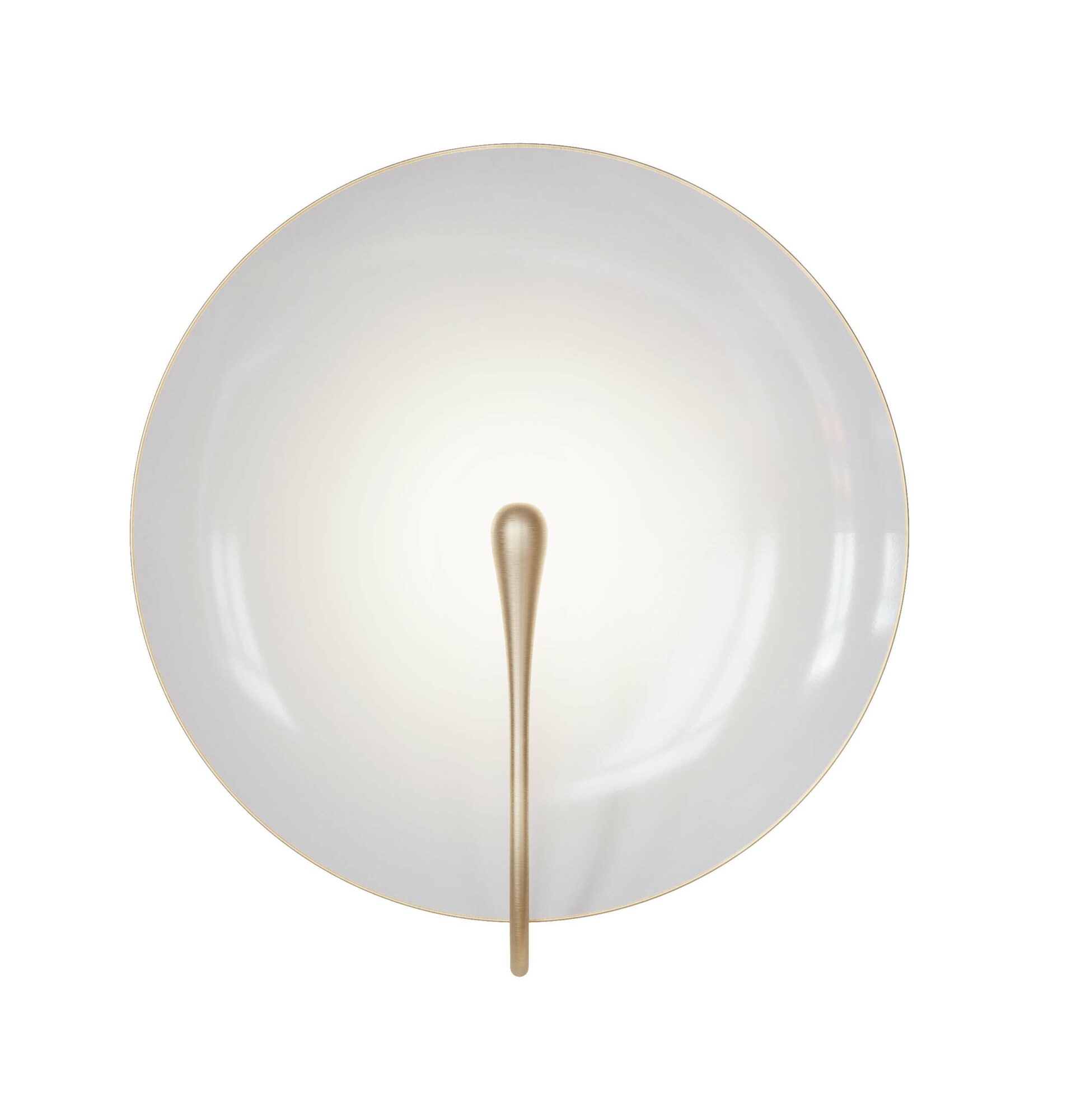 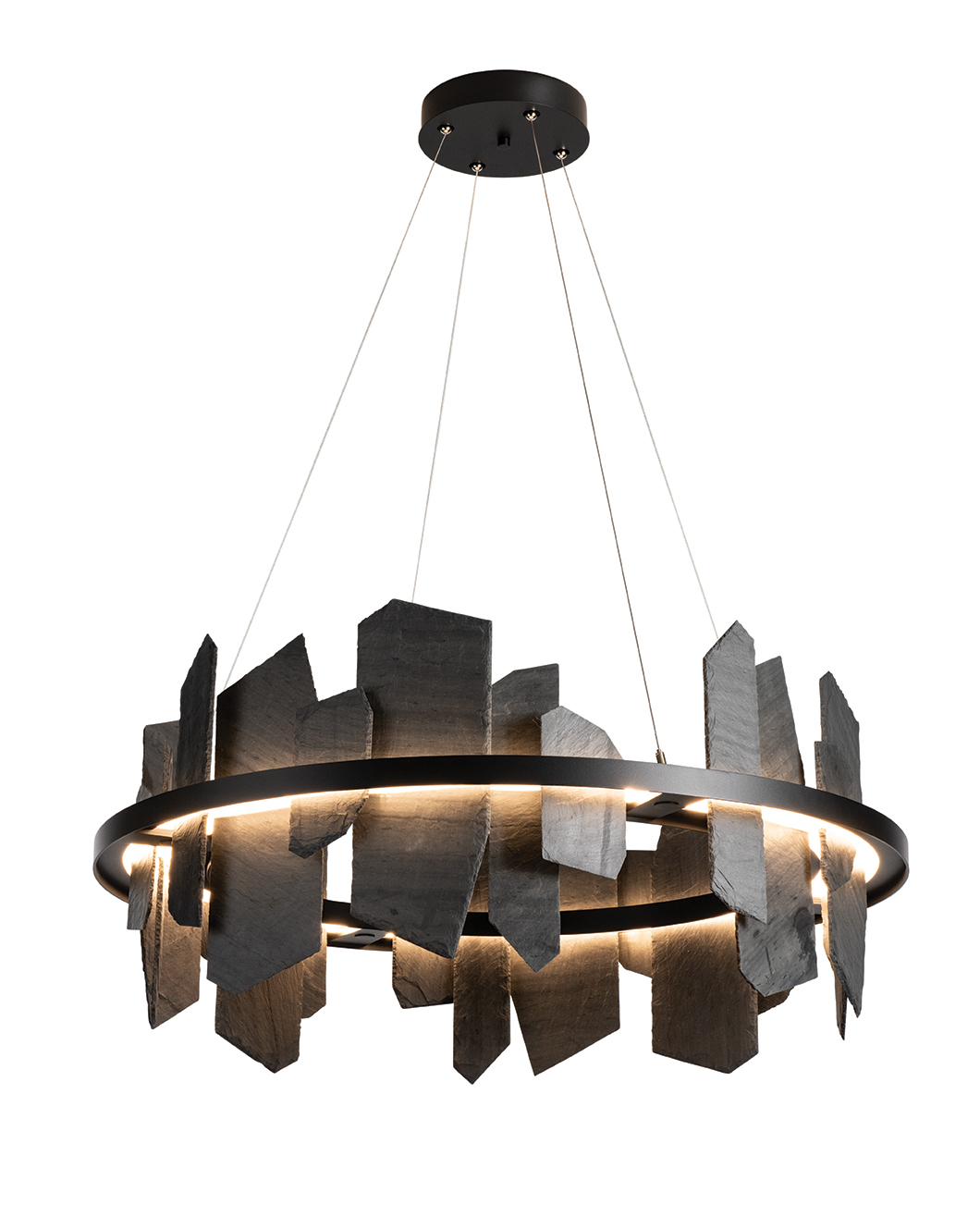 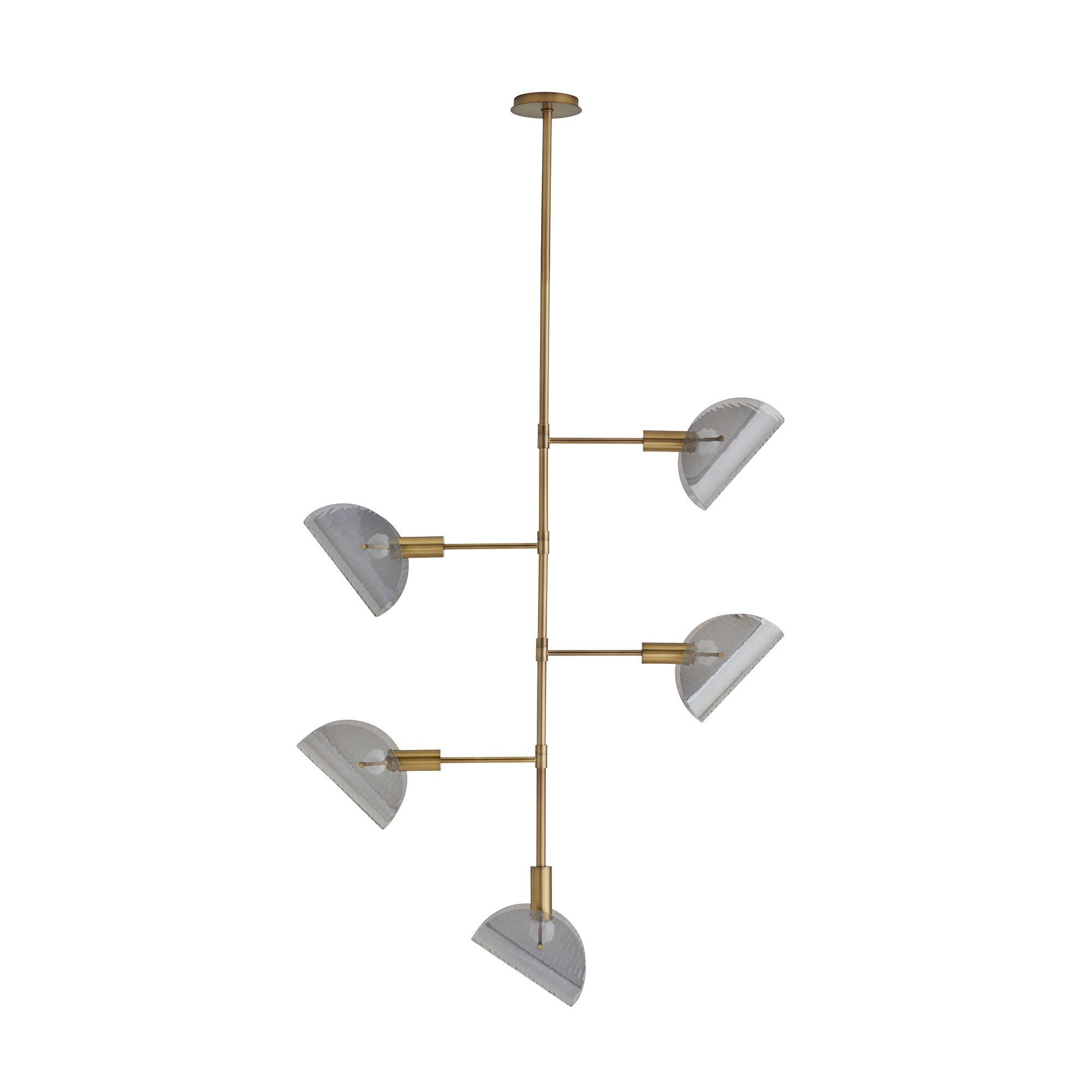 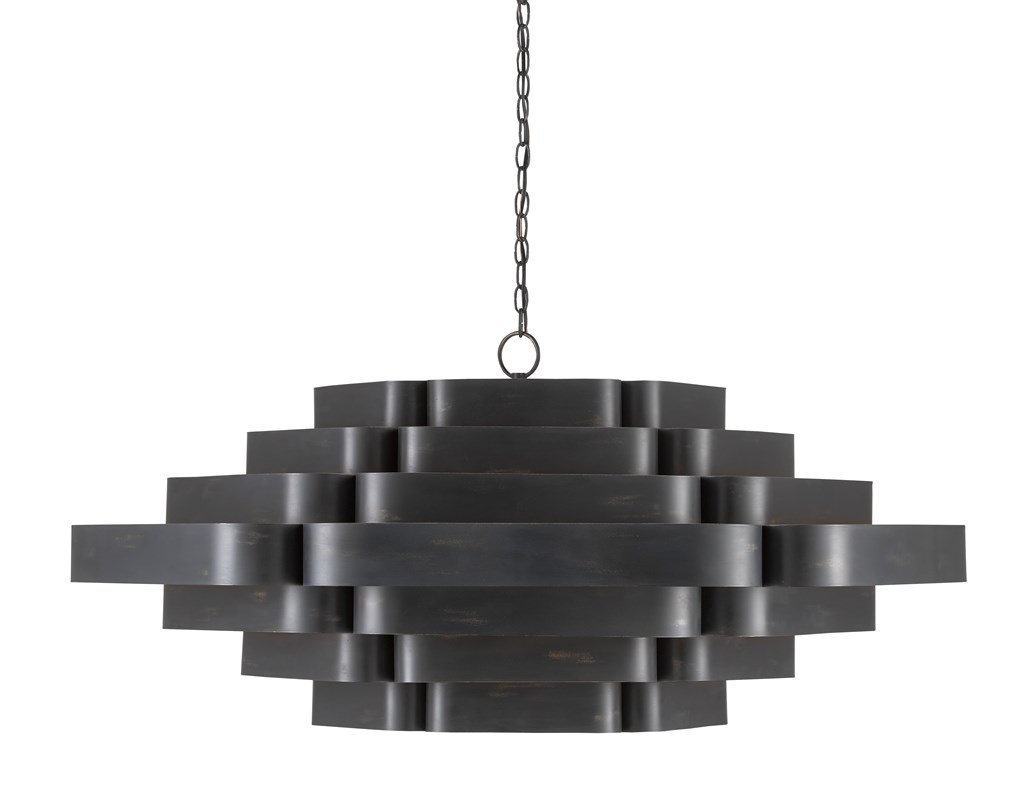 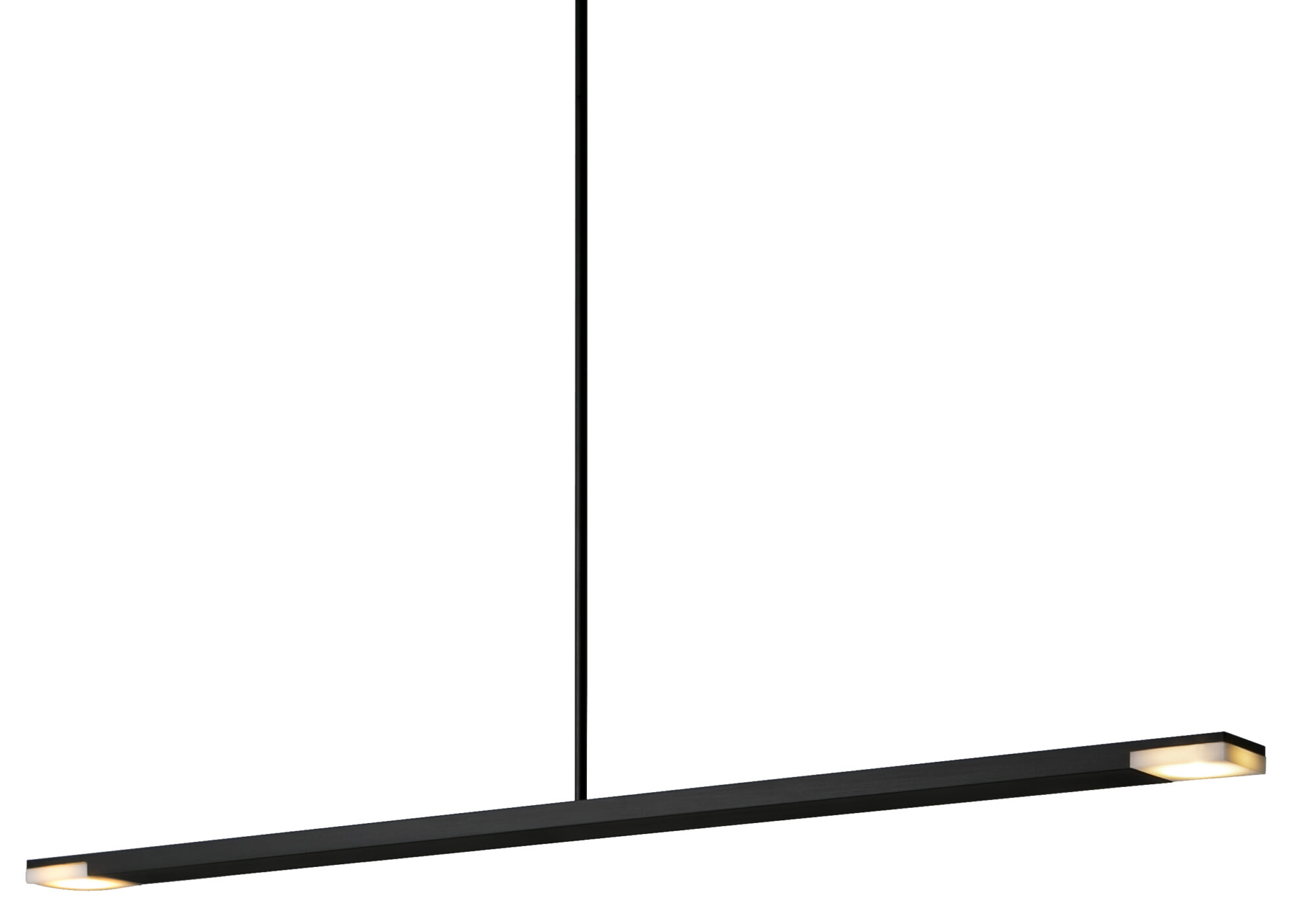 The post 12 Lighting Fixtures That Will Spark A Love For Black + Brass appeared first on Luxe Interiors + Design.