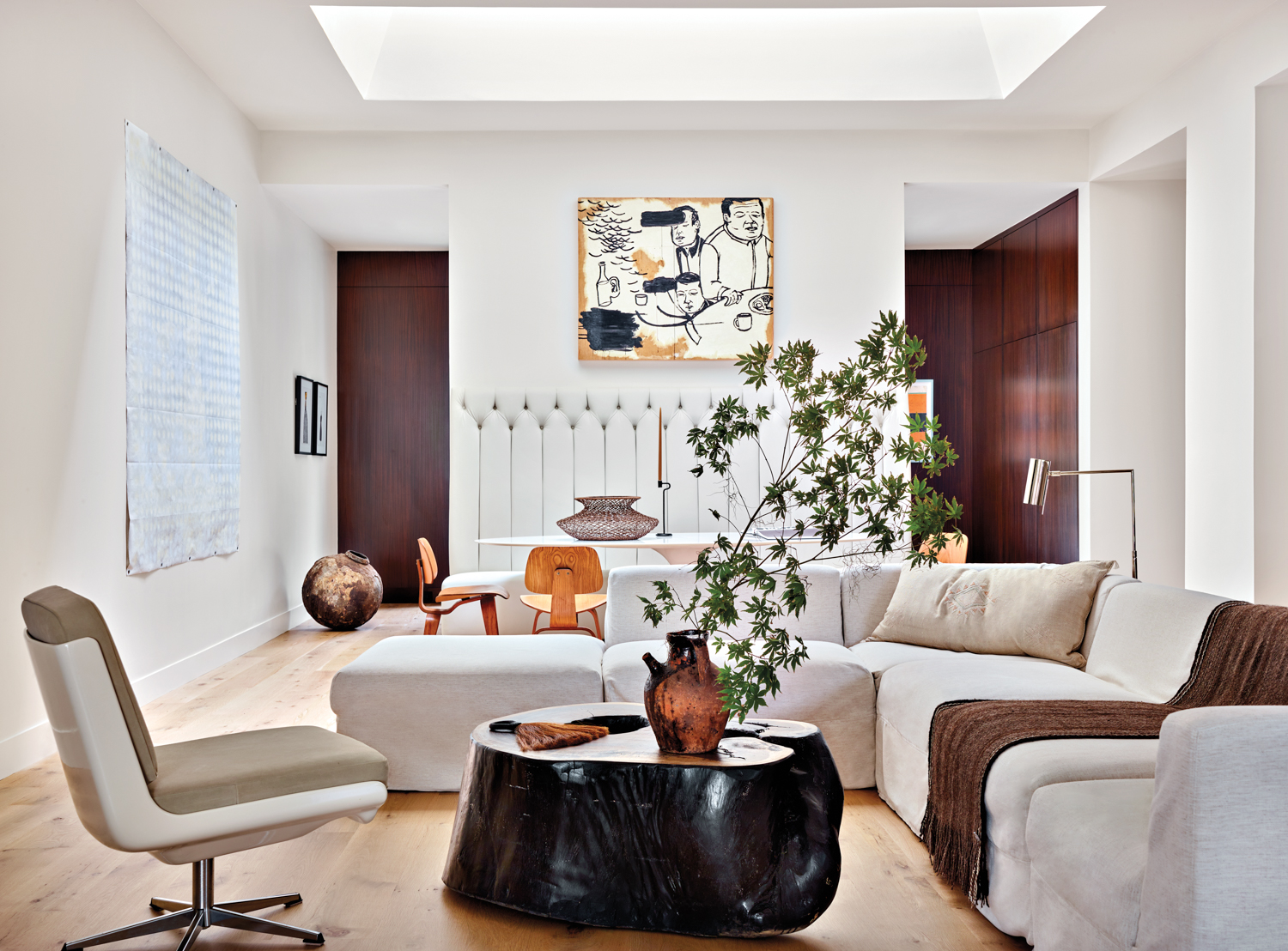 The post Be Awed By The Artful Brilliance Of A Lighting Leader’s Savannah Home appeared first on Luxe Interiors + Design.

<![CDATA[ <p]]&gt;When it comes to her list of wants, Gale Singer, founder and president of Circa Lighting, does not waver. She is as discerning about crown molding (pass), vibrant art (irresistible) and window treatments (no, thank you) as she is about pendants, sconces and chandeliers. After about 15 years of pondering, her agenda for her own Savannah home pinpointed everything from a high-functioning kitchen with great traffic flow to pocket glass doors that open to reveal a saltwater pool and sculpted greenery. Once she found a lot she loved in an eclectic, tucked-away neighborhood not far from the Vernon River, all those years of dreaming finally came to fruition.</p>

By the time she turned over her inspiration folder to Rudolph Colby—the residential designer behind more than a decade’s worth of Circa Lighting stores—Gale felt confident he was the person to bring her vision to life. “Rudy is an artist,” she says of Colby, who, working with general contractor Josh Brooks, also orchestrated the home’s landscaping and pool. “He has a wonderful sense of style, detail and proportion. His designs are classic and timeless.”

Gale is a hands-on client. “The most fun we have, ever, is when we sit down together, spread out a piece of paper and each pick up a pencil,” Colby says of their tactile process. Having initially conceived of an on-site renovation that ultimately had to be scrapped due to water damage beneath the property’s existing house, the residential designer’s “take two,” as he calls it, followed the original home’s layout quite closely. What transpired was a practice in extreme simplification, subtracting everything extra. “Any time there was a line or shadow that could be removed from a window or door or piece of hardware, she would nix it,” Colby says of his client, who dictated the project’s concealed door hinges and nearly invisible reveals.

“There’s nothing trendy about it,” Gale adds of the residence, which cleverly combines modern-leaning and ranch-inspired influences behind a façade of slender white Norman brick and horizontal board-and-batten siding. Though her linear, tightly landscaped home might diverge from the typical Lowcountry vernacular, it’s connected to the fabric of the city in a manner very personal to its owner: fine art. “I’m lucky to live in a place with such close access to the Savannah College of Art & Design and all the wonderful artists that have come out of that university,” says Gale, an ardent collector.

Her expansive art assortment comes to life thanks to sizable skylights—Colby’s solution for illuminating the east-west-oriented house from the inside out. “You get direct sun at different times of the year, and it’s really quite fabulous,” Colby reveals. As a lover of natural light, Gale eschewed window treatments in most rooms, adding extra layers by way of Circa Lighting fixtures. However, her selections were not chosen for dramatic impact, rather for subtlety. Most had remained stalwarts on her personal wish list for years—particularly a pair of Thomas O’Brien-authored pendants named in her honor, which today suspend over her kitchen island.

To ensure interiors that would incorporate all of these items masterfully, the discriminating homeowner looked to Michael Del Piero, a designer whom Gale praises for her “neutral palettes, and ability to layer textures and to curate objects.” Del Piero, who had previously designed Gale’s Chicago loft, has long felt a sense of aesthetic alignment with her client. “What Gale wanted is what my firm is known for: livable, approachable and interesting interiors with nothing too precious or fussy,” she notes.

Decorating decisions between the two were uncommonly swift, with most made on a single trip to High Point Market. “For three days, in the pouring rain, we literally furnished the entire house, inside and out,” Del Piero recalls. Together, the pair selected deep sofas with simple lines, intriguing Louise Nevelson-esque nightstands, even an oak dining table to sub as an oversize desk in the grass cloth-clad home office. “Gale is super no-frills; she wants the best but she wants it simple,” says Del Piero, who finished off spaces with antique rugs to warm up the sleek wood and stone floors.

In sum, the lighting maven’s Savannah home demonstrates her strong understanding not only of design, but of herself. No space is wasted, and every element is optimized for the way she wants to live. “She has a really sharp eye,” Colby concludes. “There’s a place for everything and everything has meaning. And I think there’s a strong reason for that: Gale sees things differently.” Certainly, in the case of curating her own home, she’s seen the light.

The post Be Awed By The Artful Brilliance Of A Lighting Leader’s Savannah Home appeared first on Luxe Interiors + Design.